Home > Blogs > George Mills > George Mills's (geomills) Blog
bookmark_borderbookmark
Tougher lending standards, mortgage modification efforts and a more stable job market, economists say have contributed to the first decline in the delinquency rate since the first quarter of 2006. The percentage of delinquent mortgages declined to 6.57 percent in the first quarter from 6.60 in the last quarter of 2009, according to Equifax and Moody’s Economy.com. I believe the biggest reason is because banks are working with their Clients trying to stay out of ownership or foreclosure. The new Short Sale Rules that became effective April 5th is a good indication that lenders want to work with home owners. My understanding is over 95% of the mortgage lenders have signed up. http://bit.ly/aL6bol
Like favorite_border
favorite_border 0
Re-Blog
repeat 0
bookmark_borderbookmark 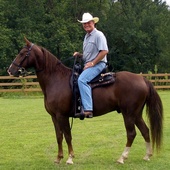