Perhaps you've been experiencing a foul odor, a rotten egg smell. You checked the expiration date on those puppies in the fridge and nope, their good. Ah, it's the Talapia from Friday's brown bag,...but it's only Sunday. You yell up the stairs, "Warren, turn on the damn exhaust fan". While watching the news, you realize you're not the only one experiencing the mysterious, gaseous invasion. You realize you owe Warren an apology while finding some measure of comfort in learning, it is not only specific to residing in New Jersey, but actually 20 other states and counting. No, this is not another of my Blog's about the dreaded Stink Bug, this one's unfortunately more serious. This is about Chinese Drywall.

So there you are, living the dream in your new, or relatively new home, condo, townhouse or adult community, built between 2001 and 2008. This just happens to coincide with some planetary weather related issues. A hurricane here or there, some massive flooding and the entire supply of American made drywall, wallboard or sheetrock as it's commonly known was depleted in the restoration, rebuilding process of these unfortunate areas.

Enter Knauf Tianjin Plasterboard Co. LTD, just one of several suppliers contracted to replenish the wallboard inventory here in the states. In cutting to the chase and as this remains an investigative work in progress, foreign wallboard is comprised of some common elements, some not so common. The likes of fly ash, a byproduct, actually a waste product derived from coal are apparent along with, sulfur and some organic compounds found in acrylic paints. These components are not found in American made drywall. Differentiating between Chinese Drywall and American Drywall has become somewhat complex, more daunting as evidence has surfaced specific to logo tampering, deliberate, falsified U.S. trademarks and labeling to mask what is now obvious.

So, what's the smell?

Some have been identified as FeS2, H2S, SO2 and CS2,...now don't you wish you paid attention in Science class. Ok, ok,...I didn't know either: (pyrite iron disulfide), (hydrogen sulfide), (sulfur dioxide), (carbon disulfide). Others would include toxic gases comprised of complex Sulfurs and Strontium Sulfide.

Other than the annoying smell...

Perhaps you've noticed the silverware has tarnished at an alarming rate. You're already annoyed as this is the third time you called the HVAC repairman, the air conditioning is not working properly yet again. You're wondering if the warranty remains valid on the refrigerator, microwave, oven and stove, as they are not functional. If the hard-drive on your computer hadn't failed for the forth time, you could do a Google question and answer, emailed or called a local Exorcist. Actually it wouldn't have mattered, as your land-based phone isn't working either.  If you could look behind your walls, you would also notice the wiring may be corroded. No wonder you've had a headache for three days,... understandably but perhaps not the only reason.

Seems like you can't remember what breathing was like, perhaps you experience an occasional asthma attack, you're wheezing, coughing, hacking up phlegm balls, your nose won't stop running and your eyes are irritated. Allergies you suggest, possibly, but what about the hives, rashes, bloody nose, ear-aches, nausea, fatigue, dizziness, gastrointestinal and urinary problems. Think again, these are some of the alleged side effects, dangers attributed to living in an environment laced with Chinese Drywall. Please be mindful, this is a very recent symptomatic sampling, the culprit being relatively new, the long-term effects, hugely unknown.

Once you get your computer working, go on line and read all you can about this dilemma. Do this with as much diligence as you did when booking your last trip to the Magic Kingdom. You will find solutions, viable remediation but again, be smart, stay calm, and educate yourself. Assume responsibility for the problem even though it's probably not your fault and get it fixed now! You will find you are not alone. As I mentioned, there are case studies, complaints filed in 21 states, including New Jersey, so the information is available.

As our business is predicated on fiduciary trust, both Sellers and Buyers alike, perhaps we should simply be asking the question. It seems obvious, any construction which required wallboard between 2001 and 2008 could be suspect. The chances Chinese Wallboard could be in the mix here in New Jersey are probably pretty remote but again, now knowing what we know....

The estimates vary nation-wide as to how many homes may actually contain the product. I have read 36,000 homes in Florida alone, between 60,000 (which seems low) and as many as 300,000 throughout the 21 known states depending on what you read. The reality, nobody seems to know and as I mentioned, as you will find on your own, this remains a work in progress. So the next listing appointment you go on, the next showing you have for that gorgeous home on the hill, both newer homes, ask the question. " Do you have any knowledge if Chinese drywall was used in the construction/updating of this fabulous home?".

I think it's only a matter of time, before we witness a section on the Sellers Disclosure statement pertaining to this. Perhaps it will be a separate document much like the lead-based paint form, which is mandatory. As of now, it's my understanding there's no way to determine, no way to test for the condition prior to it becoming an apparent problem. So for the moment, do the right thing, you'll sleep better at night knowing you exemplified the ethical, diligent, Real Estate professional you profess to be. 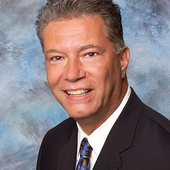