Damascus was brought into the Urban Growth Boundary in 2002 and incorporated as a city in 2004. The City is currently working to complete its comprehensive plan.

Damascus currently retains its rural atmosphere with a majority of properties having large sites to spread your wings and relax. Yet, you are within an easy commute to downtown Portland with all of its urban charm!

As per the RMLS there were 99 detached residential properties sold in Damascus in the last 12 months with an average sales price of $323,591.

At 5% interest rates and a definite buyer's market mentality it is a great time to negotiate a deal of a lifetime on your "Dream Home". Give me a call today for personal attention and a "get it done" attitude! 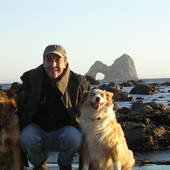