It pays to be prepared. This week when I delivered Meals on Wheels food to the first person on my volunteer route in SHOREWOOD, the owner called out to me, "I'm here." I looked all over the little house and finally saw his naked body lying crossways at the bottom of the steep narrow stairs on the cold cement basement floor.  I said I would bring help and called 911 on my cell phone.  Two policemen from the SOUTH LAKE MINNETONKA POLICE DEPARTMENT and two more personnel from the EXCELSION POLICE AND FIRE DISTRICT were there within ten minutes. I told the Fire Chief how I found the man and  my communication and covering him up with a light blanket without moving him. I had also left a message for his daughter whose name was on the Meals on Wheels card I had for him.   He said he was 83 years old, but with some of our other communication, he seemed a bit incoherent. Since he lived alone, I wonder what might have happened if I hadn't come to deliver his noon meal.

As I drove away, an ambulance was within blocks. I felt better knowing he was in good hands with all the personnel needed to bring him up the steep narrow stairs on a back board. I thought I had been calm, cool, and collected, although four days later; I still see his body lying there and feel grateful that I had found him.  The Fire Chief later called me, thanked me, and said I had handled the situation in the best way.

I only mention this story as it reminds me that whether we are volunteers serving our community or Realtors going into other people's homes, we need to be alert and prepared for what we might find and be able to take the appropriate action with SAFETY in mind.

Hi Nancy, That is great you were there and I think it is wonderful what you are doing with Meals on Wheels. We had a similar situation last year with my Step Father, but it was too late he would have been 80. I miss him dearly!

Tiffany: I'm sorry to hear about your Step Father. Yes, it is a wonderful service, and I've been doing it for many years, usually on our church's schedule one day a month. Nancy Middleton (Keller Williams Premier Realty, Lake Minnetonka Center, Wayzata, MN)

Wow, I would be SHOCKED to find someone in that condition.    That man was very lucky to have you enter the home and save his life!

Thanks for your comments, Joan. I did feel good about what I did.  That happened on 4-14-10. Today, two years later, I once again did my Meals on Wheels service and found a couple not home when I went to deliver their meals. The doors were locked and two barking dogs were inside. I got nervous and called the granddaughter whose name was on the card.  She told me  they had taken her grandmother to the hospital this morning. You never know what you will find (or not find) in the homes of the elderly as well as many others.

Nancy Middleton he was lucky to have you find him- I can't imagine a loved one being stranded like that.  Have a wonderful day! 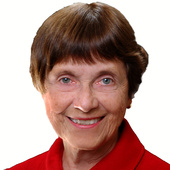