We are proud to be recognized as a region of outstanding beauty and historical significance. The twin cities of Lewiston, Idaho and Clarkston, Washingotn were named in honor of the famous explorers, Meriwether Lewis and William Clark from the Corps of Discovery Lewis and Clark Expedition. As they led the Corps of Discovery through our area in 1805 they were provided much needed assistance from the Nez Perce Indians in the region.

Located at the confluence of the Snake and Clearwater Rivers, surrounded by gentle rolling hills, the Lewis-Clark Valley is located 465 river miles from the Pacific Ocean and is at the head of the navigation system of the Columbia/Snake River. The area is often referred to as the "Banana Belt" due to the area's low elevation (731 feet above sea level). Year-round warm weather and mild winters allow golfing all year. You can choose from an array of activities such as water skiing, sailing, fishing, swimming, walking or riding along miles of paved levee pathways, or camping at a riverside park.

Clarkston was officially incorporated on August 14, 1902. Before becoming an official town, the area was called Jawbone Flats. The name Clarkston is a reference to William Clark, of Lewis and Clark fame. Lewiston, across the Idaho state line from Clarkston is named for Meriwether Lewis, and is the larger of the two cities.

Clarkston is Lewis-Clark Valley, at the confluence of the Snake and Clearwater rivers.  Immediately across the Snake River from Clarkston is the town of Lewiston, Idaho. As of the census of 2007, there were 7,244 people, 3,120 households, and 1,790 families residing in the city.

The Port Of Clarkston is home to one of the largest cranes on a navigable waterway east of Portland. Agriculture is a major industry in the area and the port handles a lot of barge traffic carrying grains. The forestry and paper company Potlatch transports wood chips and sawdust via barges for use at a Lewiston manufacturing plant. Due to its inland location on the Snake River, the port handles goods headed out to Portland, and inland to distributors upstream.

The port's marina has accommodations for personal boats and yachts, many of which travel through the nearby Hells Canyon. Whether you are buying or selling a property in Clarkston, Lewisotn or beyond, my goal is to provide you with the resources and tools you need to make a smart and stress free real estate investment. 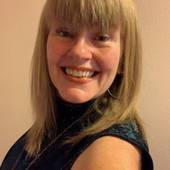