I am a compulsive early mortgage payer.  And still, last week I got a bone chilling letter in the mail from the gigantic bank that holds my mortgage.  It told me basically that I was on their deadbeat list - my mortgage was a late.  If I didn't pay up, they would begin foreclosure. I immediately checked my records that showed my payments were totally current.  There they were, right on the bank's own web site.

There was no way to talk to anyone on the phone.  I gave up after about an hour in voicemail hell.  So I went to my bank branch, and they couldn't help me - it was the old system is down excuse.  But the very helpful employee did give me a secret 800 number to call later in the day.  And I did.

I could just see the very nice lady on the other end of the phone scratching her head.  Eventually she figured out the problem.

I paid my January 1st payment on December 15th, the day before I left on vacation.  The system thought it was an extra principle payment  .  My February payment was credited to January.  March to February.  You get the picture.

They assured me that the late charges would be credited, and that they hadn't reported anything to any of the credit bureaus.  But I know I'll have to check my credit reports to make sure.

What a pain!  And what a lesson to really check all of your records - carefully - every single month.

Show All Comments
Aaron Poling
Long & Foster - Martinsburg, WV
Working to get YOU the BEST Deal!

I had something very similar happen to me with a vehicle payment. I tried to pay several payments ahead but they applied them all to principal and then I was late instead of early. I had to figure that one out on my own also. 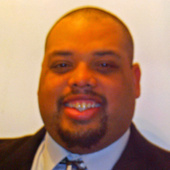