Ok, you have the house of your dreams under contract, anxious for a closing table to appear before you, and you’re ready to remodel.  As you start interviewing Contractors, you want to make sure you get the best man for the job.

In the rush of the excitement from choosing plumbing fixtures, cabinets, and tiles for a remodeling project, the most important decision you make won’t involve color swatches or sexy brochures.  It’s the Contractor you pick that makes or breaks the project. That choice will determine the quality of the craftsmanship, the timeliness of the work, and the amount of emotional & financial stress later on. To make sure you’re getting the best contractor for the job, here are a few questions to ask the candidates.

Have you talked to the Lender yet?

Great… You have invested some time and think you’ve found a few potential contractors.  You’ve talked to the former clients on each of their reference lists, now it’s time for one additional bit of footwork: making sure the Contractor has completed the “Validation Package” for the Lender.  Without this being submitted in a timely fashion and without this being formally accepted by the Lender, you won’t reach a closing table.  Inside this package there is a W-9, a Homeowner-Contractor Agreement (HOCA), a Notice to Contractor, and a Renovation Contractor Statement – to be submitted with proof of insurance, a copy of their STATE license card, and sometimes a copy of their drivers license.  So, have them budget ahead for doing this, and make sure they get it in… as this is often the point where the Contractor will walk away or become non-responsive.

Thanks, but can you fix this bid?

Now that you have a bid from the Contractor,  remember that renovations are more than one single item, and the bid should reflect that by being broken apart into pieces.  Many contractors prefer to give you a single price for your project, but this puts you in the dark about what they are charging for.  For example, let’s say the original plan calls for tile in the kitchen, but you decide to go with ¾” oak. How much should you be credited for that, or is it a Change Order that increases the price of the renovation? With a single bottom-line price, you have no way of knowing.  Plus, on a 203(k) loan, the 203(k) Consultant won’t accept a single price bid – it has to be broken down into the 35 sections that FHA recognizes on the Specification of Repairs.

On the other hand, if you get an itemized bid, it’ll show the costs for all of the various elements of the job—demolition, framing, plumbing, electrical, tile, fixtures, and so forth. That makes it easier to compare different contractors’ prices and see where the discrepancies are. If you need to cut the project costs, you can easily assess your options. Plus, an itemized bid becomes valuable documentation about the exact scope of the work, which eliminates disputes later.  Always, always have an architect prepare your permit drawings – this is the single most important decision you can make.

The contractor shouldn’t give you a hard time about itemizing his bid. He has to figure out his total price line by line anyway, so you’re not asking him to do more work, only to share the details that already exist. If he resists, it means he wants to withhold important information about his bid—a red flag for sure.

Is this an estimate or a fixed price?

Homeowners generally assume that the bid they just received is a fixed price, but some contractors treat their proposals as estimates, meaning that what you will end up paying for the project is basically undetermined. If he calls it an estimate, follow up and request a fixed price bid instead.  If he says he can’t offer a fixed price because there are too many unknowns about the job, then eliminate the unknowns.

Ask the Contractor to open up a wall, or pull off some siding to shed some light on what could be a big issue later on.  As you will have a building permit and permit drawings, ask your architect to address any changes that are discovered.  IMPORTANTLY, do not let the Contractor prepare the permit drawings – this is a conflict of interest and leaves the Borrower at risk.  If you simply cannot resolve the unknowns he’s concerned about, have the project specs describe what he expects to do—and if he needs to do additional work later, a Change Order can be issued that you BOTH agree to.

What side of town do you normally work on?

A good contractor who’s been renovating locally for 5+ years has an established network of subcontractors, suppliers and referral sources…with a reputation to uphold. That makes him a safer bet than a contractor who’s either new to the business or new to the area—or who’s planning to commute to your job from way across town.

You want to see a nearby address (not a PO box) on his business card—and should ask him to include one or two of his earliest clients on your list of references. This will help you verify that he hasn’t just recently hung his shingle—and will give you perspective from a homeowner who has lived with the contractor’s work for years. After all, the test of a quality job, whether it’s a bathroom remodel or a master suite addition, is how well it stands the test of time.

Who will I be seeing here every day?

Many contractors don’t actually swing hammers. They spend their days bidding new work and managing their various jobs and subcontractors. In some cases, the contractor you hire may not visit the jobsite every day.   So, the job foreman—the one who’s working on your project every day—is actually the most important member of your team.

Meeting him in person and seeing a job that he’s running should give you a feel for what is in your future. Plus, it gives the general contractor an incentive to assign you one of his better crews since you’re more likely to hire him if you see his A-Team.  If the contractor says he’ll be running the job himself, ask whether he’ll be there every day.  Again, he’ll want to give you a positive response—something you can hold him to later on.

Remember-- NO DEPOSITS TO THE CONTRACTOR ARE ALLOWED within the Full 203(k) program.

Tags:
203k and contractors
203k consultants in ga
working with my 203k contractor

What is wrong with a Post Office Box number on a busines card? 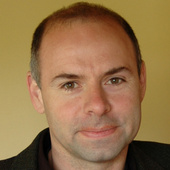