Definitely a great restaurant!  The Friday night before I was hanging out having a few drinks and appetizers at the Mo's A Place for Steaks, my dear event planning friend Debbie Elias (www.eliasevents.com) was meeting a business contact Ray Guyton for the Hotel Granduca.  After several vodka tonics, Masraff's Russell Masraff and his general manager come strolling in for a drink after apparently working feverishly in preparation for their grand opening of their new upscale restaurant on Post Oak.

I got a chance to talk casually to the general manager.  He has been working for Masraff's restaurant for over 10 years after coming from the luxury cruise line industry.  I immediately got a sense that he was good at his job by his demeanor and how he made conversation.  Russell was delightful and very energetic.  I asked "What makes your restaurant so different from the hundreds in Houston?"  Russell easily quipped "Our exceptional service and quality of our food!".  He began to tell me a story about a few unnamed top restaurants who were serving a fish entree to which a few of his food connoisseur friends wondered what they were really serving.  As the night continued, we talked about blogging and social networking.  He was quite interested in learning more .. so I offered to do a writeup like this on his place.  So we finished up our drinks and left Russell and went on out our late night gathering.

Grand Opening in the Galleria

Wow!  Can I say unbelievable!  The parking lot was packed.  People where getting out dressed to the hilt.  The valet service was running at a frantic pace.  There were tons of people who were invited as previous customers of the former Tanglewood location.  The building itself was an old home that had the ambience of a special Old World European destination.  The new place had many contemporary fixtures and yet still kept their quality of service.  I really 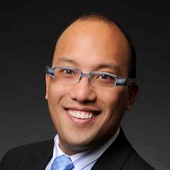