SURPRISE, SURPRISE! A report in USA TODAY states that the banks that received federal assistance CUT LOANS & GAVE RAISES! The report goes on to say that TARP-assisted banks were LESS aggressive in lending and gave BIGGER raises to themselves than banks that did not receive the aid.

So, $247 BILLION later, how's that working out? I've reached the point that I don't even blame the banks anymore. This is what you'd expect to happen when you leave the fox in charge of the henhouse. I blame the government that propped these institutions up with taxpayer money, and then did not bother to put any kind of watchdog committee in place. Hand them a blank check, and just figure they're going to do the right thing, huh? Just like they did to get themselves INTO their mess.

The numbers are mind-numbing. TARP-assisted banks lent an average of 9.1% less than the year before, unassisted banks had a reduction of only 6.2%.

You may want to read that last stat one more time. Here in NJ, where property taxes are among the highest in the country (if not THE highest) teachers and policemen are being asked to forego raises to save jobs for co-workers, school budgets are being slashed, private sector unemployment is dangerously high. Yet, federally funded banks, that would be out of business if left to their own mismanagement, averaged almost DOUBLE DIGIT % PAY RAISES! ALL WHILE THEY REFUSE TO LEND TO THE TAXPAYERS WHO ARE BAILING THEM OUT!

It gets even better. Banks in TARP also cut costs less than non-assisted banks, 2.7% as opposed to 1.2%. That may not sound like a large disparity, but its significant.

So, where's the accountability? Once a year, a few bank officials go to Capitol Hill, where the pols grill them on where the $$$ is going and why they're not lending. The bank official, surrounded by attorneys and accountants, pulls out some fairy tale statistics and projections and explains how they're moving in the right direction. Its your classic dog & pony show. The senators get to appear self-righteously indignant for their constituents, the bank bosses get to show remorse and humility and cross their hearts and promise to do better. Then its down the steps and to the limo and back to business as usual. So they can start thinking about their next raise.

This country was founded on free enerprise and capitalism. Those banks should have been left to fail. But the bigger mistake was, once you've decided to bail them out, you've got to FORCE them to use the TARP funds correctly. Why was there no policy prohibiting any raises until the TARP $$$$ was paid back, or at least until they proved that they were performing in a manner for which the bailout was intended?

One of the Soviet leaders once remarked, "We will never have to militarily defeat the US to instill our way of government there. Creeping socialism will do it for us."

I apologize because that's not a word for word quote, but that's the gist.

Now I see that President Obama is appealing to Wall Street to "Join us in reform!"

Can't wait to see what happens next.

Tags:
stimulus
tarp
what did they do with the money

Good post Marty. I agree with you 100%, except for your last sentence. I think I CAN wait to see what happens next. Have a great day!

Marty: It's all the more glaring in light of General Motors actually paying back its loans (with interest) 5 years early to both the U.S. & Canadian governments- plus announcing it will hire more workers this year!

I was ranting a little, and was running late for a conference call or I'd have tracked down that quote; Kruschev, maybe? Anyway, yes, I agree, I CAN wait to see waht happens next, because I've seen enough already.

Excellent point on GM. Imagine, they actually used the TARP funds to get back on their feet, are paying it back, and are creating jobs. What kind of idiot is running that corporation? He oughta be fired! Making everyone else look bad like that.

Complicated situation.... I did not agree with the bailouts but how many of the banks paid back their TARP bailout? You have a $249 Billion number in there like they still owe it. I'd look more into where the money they paid back went... because it's not going back to the taxpayers. Instead... "amendments" to the original bailout keep getting made to use the money elsewhere in some other government program. Did any of that money they paid back go back to paying back the Taxpayers Debt to the Chinese?

And the big banks are not lending because they are making more money in other investments as interest rates have been artificially tampered with..

"For one thing, there's an interesting "carry trade" going on right now that only banks can access. The Federal Reserve set the Federal Funds Rate at around 0%, giving banks an opportunity to borrow at essentially no cost. But 10-year Treasury yields -- the typical proxies for mortgages -- are around 3.8%. As a result, banks can earn an essentially risk-free 3.8% borrowing from the Fed system and lending to the Treasury, rather than lending to risky borrowers like you and me."

Look at it through the eyes of an investor... which investment has a lower risk for the return?

And where is that money being lent to the Treasury going? Until recently... buying up Mortgage Backed Securities. Throw in a first time homebuyers tax credit and these two combined programs alone could be causing a mini - bubble. (I guess we'll find out soon enough.)

If you want to blame anybody for mismanagement of taxpayer dollars... I'd look more into D.C.'s policies then taking the populist stand of blaming the big bad banks for allowing all of this to happen in the first place.

Oh... and State Budgets? The majority of them are based on the free credit consumption binge of the bubble and want it to remain the same. Budgets should be back before the bubble... mine certainly is.

Regardless... if you really look into it, you'll see a Ponzi scheme in there somewhere that would make Bernie Madoff proud.. All made possible in the first place from your Representatives in D.C.

Yes, the banks have better ways to make money than to lend at artificially low rates. But that wasn't the point of the TARP program. Again, no watchdog committee was put in place to oversee how the funds wwould be used. If you read the post, you'll see that I don't blame the banks so much as I do the lack of such a committee. Or, at the least, lending guidelines which would coerce those bailed out banks to lend a certain percentage of the $$$$ to resi/commercial paper.

Was the point of the BO money for the failing banks to make money any way they could (and give themselves raises), or to infuse the money back into the failing economy/housing market? Evidently not.

The main difference between this and a Ponzi scheme is that we all saw this coming. 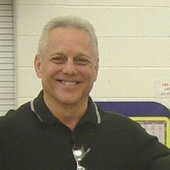