Liveing in Strathmore Alberta for almost 13 years. The people moving to this small community came because they could get a bigger lot .As the town grew the prices of lots got more and more expensive. So the prices of houses got higher. In 2001 you could buy a house for $129,000

Still cheaper than all the competing community

Are lots prices are higher than any other community.

Through great wisdom they are now thinking of makeing the lots small so the can drop the price of the lots.

The only one going to make money will be the developers because the small lots will sell for $120.000 not much of a saving.But the developers will get more lots out of there sub division.

The Developers payed to much for the land and the Town is going to help them get out of their mess.By changing the lot sizes Will it slow down the growth and i guess time will tell.

The only way makeing the lot sizes smaller  to help grow the town the prices of lots SHOULD be Between $45000-$55,000. We know that won't happen because the developers won't make a killing.

The Town is always talking about affordable accommodation.How about opening a mobile home site where the you can buy a lot for $50,000 and buy a modeler for $100,000. total cost $150.000 that would sure make it a lot affordable for a lot off people. But that is to simple and the RICH CAN'T make any money on that idea..... 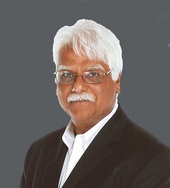