This summer, while you are looking at property in Otsego County, take in a show or enjoy a local event! Here are some hghlights you might want to see!

At the Glimmerglass Operea this summer: Mozart's "The marraige of Figaro", Copeland's "The Tender Land", Puccni's "Tosca" and Handel's "Tolomeo".

May 15, 2010 SUNY Oneonta's Hunt Union Ballroom will be the site of Recording Artists, The Harry Allen Jazz Quntet.

May 28-31, 2010 Memorial Weekend is the world's longest flat water marathon canoe race along the mghty Susquehanna River. Startng at Cooperstown's beautiful Otsego Lake and ending 70 miles downstream in Bainbridge. Join the crowds as more than 3,000 paddlers test their endurance against the unpredictable and challenging river course. The General Clinton Canoe Regatta! A favorite among the locals with world class athletes from around the world, inluding US Olympic gold medal winner Greg Barton.

June 12, 2010 Vintage Baseball at Brewery Ommegang, Rte. 33 Cooperstown. Watch the Cleveland Blues take on Fitchburg Rollstones in the way baseball originally was played, no strikes, no gloves and a backyard field. As always Brewery Ommegang will be serving up their fine Belgian ales and delicasies while you enjoy the game!

September 12, 2010 Don't forget to stop downtown between games for the annual Grand & GLorius Garage Sale, a big fundraiser for the Catskill Choral Society. 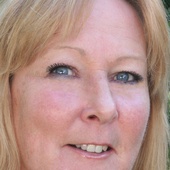