There aren't many people in the US right now that aren't wondering what the real estate market is going to look like after the tax credit.  Buyers are wondering if they'll extend it yet again, but from what I under stand it's highly unlikely.  Realtors are wondering if the spike in activity we just witnessed represents their "nut" for the year, and well I have some opinions of my own.

As we close in on the deadline we are seeing the last minute flurry of buyers that decided that $8000.00 was enough of an incentive to pull the trigger on a home.  Realtors and buyers alike are hustling to get those contracts agreed upon and ratified in time for the April 30 deadline.  Unlike the last credit, there will be two months to get from ratification of the contract to settlement.  This should take a tremendous amount of strain off of settlement companies and mortgage lenders, but that is yet to be seen.  This flurry of action will most likely show unrealistic 2nd quarter numbers in almost all markets.  So is the world going to end on June 30th when the clock strikes midnight and the tax credit is nothing more than a piece of history (unless of course you're getting a credit)?

Nope, it sure isn't.  My belief is that we will return to normalcy.  You see the government intervention in the real estate market will finally be over.  Economies eventually self correct.  We've placed a band aid here and some gause there, and stiched this, and stapled that, but at the end of the day the wound is going to heal itself with time.  As of the end of March the government pulled out of mortgage backed securities putting private investors back in control of interest rates.  A few days from now we will be past the tax credit deadline restoring a "normal" market.  It will operate on it's own without outside influence from the government.

Consumers have realized that prices aren't at the same levels as they were in 2005.  They've swallowed that lump that formed in their throat when the Realtor showed up at their house with a less than dazzling sale price.  It has been generally accepted that these are the levels than many markets across the country were meant to maintain.  That ridiculous spike in prices was nothing more than a lapse in judgment by some greedy individuals.  The inflated prices will be reached again at some point, but for now, they are what they are.

Will the market be simple for the second half of the year, probably not, but the more realistic consumers get the more overall success we will have.  I firmly believe that the "normal" market will be fine once we overcome the large numbers of buyers that left the market earlier than they otherwise would have (first time buyers).  We've purged the market in waves putting many more buyers into the market in lumps instead of distributed over time.  Eventually we'll get back to an equal distribution.

I look forward, like everyone else, to adapting to a real estate market without so many incentives, where the buyer wants to buy, the seller wants to sell, and the Realtor wants to bring it all together.

Tags:
life after the tax credit

Well written.The market corrected itself back in the early 90's with any government involvement.  I'm looking forword to a great summer and fall.

This was an outstanding blog!

It will be interesting to see what happens!

Great post David.  I hope you are right, it's about time things get back to normal in this business.

I'm not sure that we'll be able to measure this clearly.

We have the tax credit factor, but we also have another wave of foreclosures coming, which is another factor to cloud the source of any measurable change. I'm not quick to jump on the bandwagon that things will return to normal pretty quickly here.  (Of course, I'm in the Detroit Area, and things are NOT going to return to normal any time soon.  It's an awesome opportunity for investors, though, and it will be for a while.)

For the remainder of the people, let's keep our fingers crossed that I'm wrong.

The thing is we've redefined what normal really is.  The end product after all of this stuff is going to be the new normal. 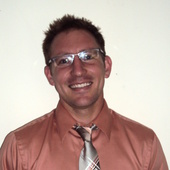 The current real estate market is far from what one would call "normal." Changes are constant, which requires professional realtors to be knowledgable and capable of shifting with the market. The governments attempts to stimulate the market has also caused a steep learning curve for most buyers and sellers in the market. An understanding of the policies and procedures is just one way I can help you to the successful sale or purchase of a Gettysburg, Pa property.

I work both as a Gettysburg buyer agent, and a Gettysburg listing agent. I also enjoy the challenge of finding quality investment properties and helping buyers to ensure a desired profit margin.

If I can help you in any way feel free to call or send me an email. Quick response time and great communication are always my goal.