The would-be millionaires of Briny Breezes trailer park may have lost their big chance.

A developer who agreed in January to pay $510 million for the waterfront trailer park town canceled the deal Monday because of a dispute with the community, though the company promised to try to work out the differences.

The town's board of directors had refused to extend an August deadline for Ocean Land Investments to review plans to convert Briny Breezes into a wealthier community, the company said.

Logan Pierson, Ocean Land's vice president of acquisitions, said the extension would have allowed the company to confer with neighboring communities.

'We've already spent about $5 million in terms of outright expenses, research, land-use attorneys and engineers, not including our lost opportunity time,' Pierson said Monday. 'Frankly, if you were in our office today, it looks like there's a funeral.'

Palm Beach County officials and area town leaders had raised concerns about such a high-density development coming into the already cluttered coastline. The developers must rely on water and sewer services, along with fire protection, from neighboring Boynton Beach.

'We're not against any kind of development there. We're just in favor of a development that works for the surrounding area and this was just very massive,' said Boynton Beach Mayor Jerry Taylor.

While the developers don't need approval from the surrounding towns, Ocean Land said the deal would only work if it had the agreement and cooperation of area leaders.

Briny Breezes, a 43-acre down-market relic of old Florida, is one of the last coastal trailer-park communities between Miami and Palm Beach and is surrounded by multimillion-dollar homes and high-rise condos.

The decision to sell the property divided the town, with some angry residents posting signs on their lawns encouraging neighbors to vote against it, but the sale was still approved overwhelmingly.

Some in the community had bought their homes for as little as $35,000. The deal to sell would make nearly every resident a millionaire.

This deal could have also help with the owners  looking for other properties to buy in Boynton Beach,  I no some have purchased in Colonial Club across the intracoastal waterway.  I hope something works out for the people of Briny Breeze. Such a great location,the movie In Her Shoes was filmed there on the beach.... 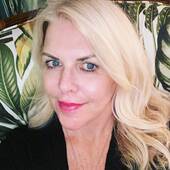