I love a good musical!  We are belssed to have such great theaters here in Denver like the Denver Center of Performing Arts, the Heritage Square Music Hall, and the Arvada Center for the Performing Arts.  If you own a home in Arvada, CO, you know the newest show from the Arvada Center is Nine.  Late last year, the movie version was released starring Daniel Day-Lewis.  Now you can see the musical where it all started.

Randal Keith, Valjean of Les Misérables fame, returns to the Arvada Center in this regional premiere of Nine. Winner of five Tony Awards® and inspired by the Fellini film, 8½, Nine, the musical, serves up the comic plight of Guido Contini, a famous Hollywood film director and aging Casanova. Audiences will be delighted by the hilarious and bizarre musical interchanges between his producer, his wife, his mistress and the actress he needs to woo for his next film. Exquisite music and extravagant scenes makes Nine a “Ten” for all theater-goers.
(Contains mature subject matter.) 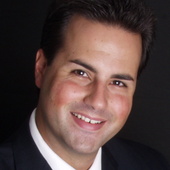