I had posted quite a few pictures from my recent Disney trip to Anaheim recently.  Granted, some of them were pertty lame, but a lot of them were only as lame as some of Brad Andersohn's lame Disney / Anaheim photos.  Clearly someone flagged the lot of them and removed them for some reason.

Maybe they were too big.

Maybe Donald Duck did it.  He always had it out for Mickey Mouse.

Here's one of the offendending photos now. This is my motivational coach.

If you know where the rest of the photos went, drop me a note.

Is there nowhere to track why blogs/pictures/comments were deleted?

Aug 01, 2007 12:56 PM
LIKE
#1
Rainmaker
224,127
Laurie Mindnich
Centennial, CO
Hey- you might ask Lenn.  She has mentioned photos being deleted before, if I remember correctly.  I posted today and the photos came out HUGE (had to delete the post myself) so I'm not a genius with this stuff.  Maybe your photos landed on the discovery channel- I thought that I saw Tigger doing some serious hunting today...
Aug 01, 2007 01:07 PM
LIKE
#2
Rainer
54,914
Art Blanchet
On the Outside Lookin' In - Sebastian, FL
Stranger in a Warm Land

I've had pics removed - they told me they looked like tourist pics because they were groups of people.  I protested, stating that at Brat Fest, the people ARE the story, because all the profits goes to volunteers through their charities (We made $1600 for Boy Scounts this last one).

"They" countered with that I should put it in localism as an event - that people pics aren't events or real estate.  So, if you've pictures of smiling people standing and posing , they often disappear.  Sorry it happened to you.

The Picture Police delete the ones that don't meet certain criteria - I was told my pictures in one case looked like attendees and NOT the event.  (They weren't, they were volunteers - and I explained that, so...nothing happene.  I lost.) 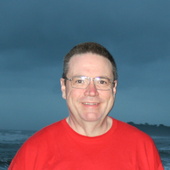