The community of Westhaven in Franklin, TN was put to the test and passed brilliantly when a deluge of sorts, flooded much of Middle Tennessee on May 1 & 2, 2010.

Past historic flooding in Nashville took place on 09-13-79 when remnants of Hurricane Fredrick came through releasing 6.6 inches of rain in 24 hours. Yet the flooding the Nashville/Franklin area has received in the past 36 to 48 hours is worse than Hurricane Fredrick and on a widespread scale. 12 to 15 inches of rain has been dumped across much of Middle Tennessee and has not been isolated to any one area. We often talk in terms of 100 year floods in this area; today we're talking on the order of at least a 500 year flood! We're seeing water today where we will hopefully never see it again in our lifetime. (Information provided from Channel 5 News.)

While Franklin has seen many familiar landmarks flooded over the past two day, Westhaven is free from flooding or accumulation of standing water. Through the excellent planning, engineering, grading and execution of the Westhaven neighborhood, Southern Land Company's attention to detail has given Westhaven residents want we want most, peace of mind. Thank you Southern Land!

As the rain eased up, I ventured out to see how Westhaven's myriad of water areas and parks had held up. I saw rushing waters flowing under quaint bridges, streams bursting with life, lakes filled yet staying within their banks. Westhaven is situated and 1500 acres and is wildly known for its park like setting. If any community was put to the test on May 1 & 2, 2010, it was Westhaven in Franklin, TN, and I can proudly report, Westhaven passed the test with flying colors! 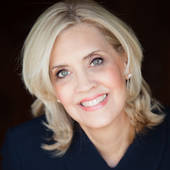