Is the rest of the country getting continuous updates on the oil spill in the Gulf of Mexico? I just have to know if people across the United States and Canada are paying attention to this mess in the gulf.

I know along the Gulf Coast everyone is very concerned. Initially it's going to hit the same areas that were ravished by Katrina - The Mississippi, Alabama & Louisiana coast. But it's not just going to affect us this time. They don't seem to have a clue how to stop it and the watershed keeps going. Natural disasters basically only affect small areas, but this is not a natural disaster. This is a man-made disaster and I cannot even comprehend the extent of the damage to our environment.

Beyond our environment, I'm going to miss my gulf seafood!! But I'm not going to miss it as much as the shrimpers are going to miss their jobs! My daughter's father-in-law's tugboat is stuck in New Orleans. There are so many people that can not work now or in the foreseeable future. Just what they needed about now! Oh, and there's the buyer that is waiting to see how this plays out before putting in his offer on one of our listings on Mobile Bay ($2,400,000). We've been working on this since January and are/were getting close.

The realist in me has to admit that there's an upside to every disaster. There are jobs associated with the attempt to protect our shorelines. There are jobs associated with assisting those that are assisting (food, lodging). My son is working helping feed workers on Dauphin Island. The contract called for 200 workers a day & it was up to about 600 yesterday. So some people have lost their jobs and some people have new jobs - but at what cost? 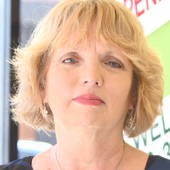 All over the country in publications of all kinds they are talking about Mobile, Alabama and the surrounding area. The economy is growing and the real estate market is great!