I have asked myself many times in the past 2 years if it was time to move on. Should I leave the Las Vegas Real Estate market. After all our economy is being reported as one of the worst in the country.

Moving to Las Vegas in 1989 I saw the city was ripe for expansion. And expand it did. Builders from all over the country set up shop. Some were local and many were publicly traded. Model homes were opening everywhere, usually at the end of a dirt road on the edge of the desert. For years the data for the number of new home and resale homes was counted and reported. And year after year the numbers climbed. Life was rosy. Life was good!

The new casinos on Las Vegas Boulevard (the infamous "STRIP"!) rose one after the other like jewels in the sand. Each one more brilliant than the last with their bright lights beckoning. An article which included an image of a photo taken from a satellite in space explained that the sensors of the satellite were reduced to the point where it was determined that Las Vegas was the brightest city in the world. No surprise to me. (See Article and Image)

The Las Vegas economy continued to soar. Jobs grew rapidly. Residential and commercial real estate as well as land values skyrocketed. So what did we do? We went shopping!! WE WERE UNTOUCHABLE!!

WRONG!!! WAY WRONG!!  I will spare you the details because most know how the story ends up. BUT... There IS a light at the end of the tunnel and we are beginning to catch a glimmer of it. Data is beginning to show some stabilization in home values. Just when I was thinking of packing my bags and moving on to greener pastures.

The graph below clearly shows that for the last 10 months resale and new home values are stable.

Some would say we are "scraping the bottom". And if there was ever a time to purchase a home in Las Vegas...this is it. Many REALTORS® say resale homes in Las Vegas are so undervalued the builders can't make a profit constructing new homes at today's prices. This data and more is provided by Dennis Smith Home Builders Research.

The bottom line...For me and for now, Leaving Las Vegas is not an option. Buyers are coming from all over the world to plunk their money down on houses. More than 50% of the home sales are cash. Go figure. There are lots of deals being made and real estate agents are very busy with closings. After all these years this place continues to amaze and entertain me. It is any easy place to live. The climate is great, natural disasters are few and far between and people are generally in good spirits.

Sandy, Welcome to Active Rain! Active Rain is a great place to share your knowledge, expertise and thoughts, as well as network and learn so much from the vast pool of talent already onboard. 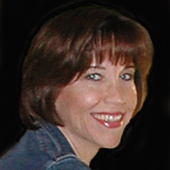