Calgary’s housing market continues at a healthy and balanced pace, according to figures released  by the Calgary Real Estate Board (CREB®).

Diane Scott president of CREB® (Calgary Real Estate Board) says, “Continued economic optimism, improved choice and price stability are all contributing to a healthy and balanced housing market in Calgary. Calgary’s housing market is set to simmer, not sizzle in 2010. We can be grateful that we are not facing any real danger of a housing bubble here in our market.” 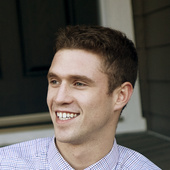