I talk to Realtor's and Real Estate Investors everyday throughout the SF Bay Area. Many believe that there are more foreclosures being held by banks than there actually are right now. You might be surprised that the banks on a nationwide level are not holding as many foreclosed homes as originally thought. In many cases they area simply letting people live in these homes for free without paying a mortgage.

I personally know several families and individuals that have been living without foreclosure proceedings and without paying their mortgage for 6 months, one year and even up to two and half years in Pleasant Hill California, and all over the Bay Area. However there will be another major wave coming throughout the next two years. The next foreclosure wave is inevitable. The real question is are you going to capitalize as a cash buyer or are you going to be stuck like millions of other Americans that don't fit into the banking mortgage box?

Banks have fewer foreclosed homes to sell than previously believed, but those holdings are likely to grow gradually over the next couple of years, a new study by Barclays Capital says.

The investment bank's latest calculations support the view that the U.S. housing market is stabilizing but that a major recovery isn't imminent and there are still risks of falling prices.

Barclays estimates banks and mortgage investors including Fannie Mae and Freddie Mac owned 480,000 homes at the end of February. Barclays has acquired more data on mortgages and refined its methods for analyzing foreclosure trends. Under the bank's previous methods, the estimate for February would have been more than 600,000.

Barclays expects the inventory generally to rise over the next 20 months, peaking at 536,000 in January 2012, and then decline gradually.

If you would like to learn several ways to become a cash buyer without your cash read the rest here! 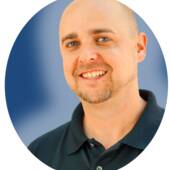 Up to date articles and information in regard to real estate financing networking and investing.