First off, some stuff you might know by meeting me and is general knowledge to pretty much everyone.. My name is Eric Daniel Bolton. I am going to be 33 years old in November. I have been married for 2 years 7 months and 1 day as of this blogging.  I have a soon to be 12 year old step son, who I love as my own. I have a 21 month old daughter who is Daddy's Little Ladybug. And sometime in the month of November, my wife and I will have our second child together. A boy.

I've been in Real Estate for almost a year now. I had my first contract a exactly a month from when I started. We closed a month later. And it has been dry ever since. It's starting to get going now. And I have thought about quitting many times just because I want to work all the time and it takes the time away from my family.  I currently work two jobs besides my Real Estate business.

I love to make people laugh and be a helper to most.

I love the Lord Jesus Christ and thank him for everything that he's given me that I've mentioned above..

But, there are things that only a select few (for right now anyways) know about me. And here they are:

I've been a comic book geek since I was 10 years old and I got my first comic book. Gi Joe #46 first edition. I still have it. Over the years it went from GiJoe to SpiderMan, BatMan and The X-Men. I stopped collecting cold turkey about 10 years ago because it was getting too expensive.  I walk into comic book stores every now and then to try and catch up. But forget it, it's useless. But ever since I brought Jesus into my life and started reading the bible, I just wanted to dig and dig and dig into the Book of Revelation. So, my comic book would be based off the end times.  It would/is going to be called: Marooned. Which would be a metaphor of what would happen after the rapture. Those left without Christ would be infact "marooned." The main character would be based off myself, Erik Maroon and other characters would be based on other people in my life.  he would mirror the things that I've gone thru and still do. Anger. Frustration. Pride. And how he is to lead the ones he cares about and the ones who have looked up to him thru these last days. I have the first three issues planned out. I just can't draw anymore since I broke my hand 4 years ago. I need to find an artist.

2. When my son is born I'm going to take a picture of him every week for a year wearing the same outfit from the first picture.

Why? Because at the end of the first year, I'm going to put all 52 pictures together in an animated graphic that will show his transformation growth during the first year.  I might start painting him green and tearing his onesie as if it's ripping because he is turning into the Incredible Baby Hulk.

3. When it's raining outside, I like to watch the water on the street flow past.

It's just something that I've loved to do since I was a kid. I used to just sit at the front door and watch the water flow down the street.  I could sit there for an hour and not move. There's just something relaxing about it. I don't think about the mortgage being due. I don't think about work or what family member won't talk to me. I can just watch it flow and forget about everything for that time.  I really need to do that more often.

4.  My favorite movies are the following:

Indiana Jones 1, 2, 3 and 4. (I know 4 hasn't come out yet, but I'm counting it as one.) Mainly because Indiana Jones was a hero of mine when I was growing up.  I loved history. He was an archeologist. He was about history and action and drama and wit. I love it.  I can pretty much gaurentee you that I will cry when I see the preview for the first time.

Back To the Future 1, 2, and 3. Mainly because I am facinated with the concept of time travel. Marty McFly is another one of my childhood heroes.  I will watch any one of the BTTF movies if they come on TV. I don't care if I've seen it before a million times. I'll watch it a million more.

Reservoir Dogs. Not something that's really kid friendly. So I don't watch it that much anymore. But when I was in college, I was introduced to this movie and the characters intrigued me. They're all named about colors. Mr. Orange, Mr. White, Mr. Blonde, Mr Blue etc. This is where I got the character of Mr. Maroon from. The person that would grow into Erik Maroon as mentioned above.

Transformers. When the movie came out this year. I was standing in line for it and a lady behind me asked if this line was for Transformers. I told her yes, but it's worth it. She asked if I had seen it, and I told her no.. But it's my most favorite movie ever!!! I grew up wanting my dads car to be a transformer. When I bought my first car, I put a transformers sticker on it.  Yeah it was a Neon, and the Neon's are like the Desk Job Autobots, but still. Its a movie that I had waited my whole life for.

4.5. My Favorite TV Shows are the following:

Except it would have been in different ways..

Me: "Oh my goodness.. Look at that beautiful woman!! She is simply amazing!!"

Her: "Oh my goodness.. Look at that guy. He comes to work the first day with his sleeves rolled up and doesn't have a haircut?"

See?? Same words. Different meanings. My wife and I both started at work on the same day. That's where we met. We both had a boyfriend / girlfriend at the time. We grew close as friends and when the significant others didnt work. We gave it a shot. Then we didn't. Then we did again. Then we didn't. Then we did again.  But thru the grace of God and his mighty plan. The things that he set in motion for both of us to start work at that same time so we would meet are remarkable. The way that she compliments me and doesn't even know it. The way that she doesn't have to ask and I'll do it for her.  Are just ways that I thank God for what He's given me. Yeah, I tend to slack and forget from time to time, but I always want only the best for her. God has made her more precious than rubies. "Oh my goodness" still applies to her. Even when she doesnt feel like it because she's 5 months pregnant.

Welp, that's MeMe. I hope I didn't bore you all.

Please log in or register to comment
Log inJoin now
Show All Comments
Carl Guild
Carl Guild & Associates - East Hampton, CT
Central Connecticut Real Estate
Cool post man, I love learning about people. I am also a fellow comic book geek - and I think you should toatlly do the pictures "Incredible Hulk" style. Thanks for the post and I hope the business picks up for you.
Like
Alexander Harb
Knights Investing - Mesquite, TX
Dallas, Texas Real Estate Investing

Keep going man..... keep doing what the great agents do and it will rub off.....

May God continue to bless you!!

Like
Marchel Peterson
Results Realty - Spring, TX
Spring TX Real Estate E-Pro
I'm not a big television watcher but I noticed we share lots of the same favorites in movies and tv shows. So my question is what is Project Runaway? I'm not familiar with that one.
Like
Tracey Thomas
BrokerInTrust Real Estate - Calabasas, CA
CA Real Estate Broker
I love the memes, so darn interesting.
Like
Alamo City Homes Magazine
Alamo City Homes Magazine - San Antonio, TX
Project:Runway  is the complete opposite of what the others are. Its a realty show that is about fashion designers
Like
LLoyd Nichols
Premier Florida Realty of SWFL - Fort Myers, FL
Southwest Florida Homes By The Sea
Why Not Eric? Go for it. One cannot say that you are not verbal! Indiana Jones movies are classics.Monk? I am a big fan of his. He cracks me up.I have to give you credit keeping up 2 jobs plus real estate. You can pat yourself on the back.
Like
Calie Waterhouse
Chandler, AZ
Community Builder

OK, Eric - you say "when my son is born" ... expecting when? your first? How's your wife?   Thanks for sharing. Don't forget to blog the blessed event! 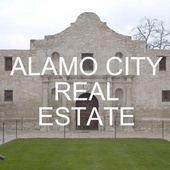 over 8 years ago
bookmark_borderbookmark
Appraised Value - What Exactly Is It?
View more Recent Posts   arrow_forwards

Here you will find mainly rhetorical questions about the things that happen in Real Estate.