In February, 2009, I had some people come to me asking for help with their homes.  They wanted to do a loan modification and wanted a referral.  At the time, all the chaos hadn't happened with the Fraud and Scams related to loan mods.  I had a couple of colleagues and clients tell me they had success with a particular loan modification company that had 100% money back guarantee that helped them so I made the mistake of referring them.

To my dismay, I was named in a small claims court suit because I had referred them to the loan mod company who apparently went belly up after 10 months of working on their file after the law passed about advanced fees. Here's the kicker, because I downloaded the application off the internet for them when they were in my office - I apparently became an "agent" of the company; therefore, responsible.   The lesson learned - any paperwork you help people with apparently makes you an agent of that company and responsible.  I of course had NO documentation because I was't affiliated with this loan mod company and didn't have any proof of anything.  I'm not actually sure what I could have brought to support my case but I didn't really try because I thought this suit was absolutely RIDICULOUS!  Well, ridiculous or not, the judge didn't even look at the loan mod company contract and just made a decision stating since I was an agent of the company and they didn't meet their obligations; therefore I was responsible.  It took the judge all of 1minute to come to this conclusion.  Well, I got a copy of the contract later from one of my clients and it specifically states that they had to request the refund within 90 days of the contract. The second lesson learned, don't take anything for granted no matter how ridiculous and unfair you may think it is.

Once again, this supports what I teach my kids:

Oh Ouch!!!  that hardly seems fair!   I know that there are certain things we here about not filling out for your client...the sellers property disclosure form....but who would have thought??   I am so sorry you ahve had to go through this....thanks for educating us!

That's an amazing story.  Apparently you have worked your way thorough it and are now beyond it.  I like that last quote by the way. 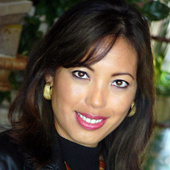