This is so important I want to share it with everyone I know and love.

PLEASE check this out in your own house.

I was called by someone who found me on line.  She wanted me to find the solution to a problem.

It seems the three kids in the family have all moved on, with Mom still living alone in the old house they grew up in.  Until recently.  She was "continually sick with the flu" and only felt better when she went to visit one of the kids, all nearby.  Their conclusion:  the house was making Mom sick and they moved her out to figure it out.  That could really be true.  In this case it was true.

They checked with an air quality company but thought the testing was very expensive.  They "diagnosed" the problem, over the phone(!), proposed a testing protocol and ultimate solution.  And, they guaranteed their work.  I told her that if they can do that over the phone they simply have to be really, really good and cheap at twice the price...  She laughed.

Someone told them that a home inspector might be a cheaper option.  He was.  He was me.  Also cheap at twice the price!  But I offered no guarantees and wasn't sure I could figure things out.  But hey, she called, I went!  A real house doctor - black bag, lots of gadgets.  But this doctor doesn't diagnose anything over the phone.

I met her there early.  We walked around and through the house.  Mom's master bedroom was on one end, above the laundry/furnace room, and under the attic.  I saw no leakage from roof or plumbing and smelled no mold.  The house was pretty well kept up. Going into the laundry/furnace, this is what I saw:

That is the water heater vent.

Not only was it disconnected 2" from the main exhaust stack, but to get there it pointed down for a while.

Gee, I think it was leaking carbon monoxide.

And right under Mom's bed... Going into the attic, this is what I saw:

That is a breach in the main exhaust stack.  What you can't see is that the hotter vent inside this vent was similarly disconnected.  You can see how the escaping heat causes condensation and therefore rust.

Gee, I think it was leaking carbon monoxide.

And right over Mom's bed...

I think Mom was suffering from carbon monoxide poisoning.  Not enough to kill her, but enough to keep her in a sickly condition.  That is why she felt better when she went to visit the kids.

I wonder if the air quality company would have discovered this?  Don't know!

My recommendation:  Call a home inspector!  He may just be the house doctor you need.

And, seriously, install carbon monoxide detectors!  They are cheap and they work!  They will even go off when CO levels are high enough to give you flu-like symptoms, but not high enough to kill.  But, thousands needlessly die every year to something they could easily have been warned about in advance.

Nationally, the detector road should be the MORE traveled by and THAT would make all the difference. 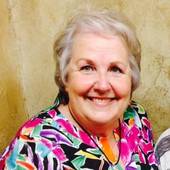