Sales of homes shot up in April -- 33 percent in Suffolk and 20 percent in Nassau -- compared to a year ago.

Photo credit: Getty Images | April saw a brisk business in sales contracts as home buyers, many of them for the first time, rushed to beat the deadline for a federal home purchase credit. (May 4, 2010)

Driven by first-time home buyers, sales of homes shot up in April by 33 percent in Suffolk and 20 percent in Nassau compared to a year ago, according to the Multiple Listing Service of Long Island.

Joseph Mottola, MLSLI chief executive, said, "The surge in contracted sales reported in April is as high as it was due in part to the unprecedented government support of the housing sector," referring to the tax credit.

Valerie Van Cleef, a broker and branch manager at Coach Real Estate Associates Inc., said her East Norwich office enjoyed increased business last month with 14 sales, compared to nine in April 2009. "May is starting off nicely as well," she said.

Also, during this time a year ago, consumers were still reeling from the financial meltdown.

Real estate and mortgage industry representatives have been saying that prices and interest rates are likely to go up from here.

Frank Dell'Accio, MLSLI president, said, "Prices have absolutely stabilized." He noted that the April median closing price for Long Island and Queens combined -- $350,000 -- was unchanged from the previous April.

The next deadline for the federal home buyers tax credit, which offers up to $8,000, is that sales must be closed by June 30. First-time buyers are important to the overall market because they can set off a chain of sales since they don't have to sell in order to buy.

The April deadline for the tax credit may have pushed some contracts up from May into April, Dell'Accio said, but even without that incentive, he said, "I don't think it's going to be dramatic as far as a leveling off" in the coming months.

Van Cleef agreed. "We're feeling pretty good that even though the government program has ended, it's not going to discourage buyers."

**THIS IS GOING TO MAKE IT A LITTLE MORE DIFFICULT GETTING PRICE REDUCTION THE NEXT FEW WEEKS, I THINK WE NEED TO BE ON TOP OF OUR GAME.**

Please let me know what you think! 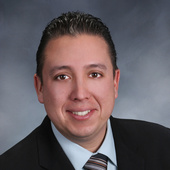