Who is buying what?  What generation do you fall into and do you know who you are?  What is the key demographic for real estate in this decade?

An article I recently read in Realtor Magazine peaked my interest in the various "generations" and what their interests are as it relates to the housing market.  There are three generations that seem be shaping the housing market for the coming decade.

The "Aging baby boomers" (ages 55-64) - These focused homeowners are the most conservative of the millennium.  Retirement is definitely not on their minds.  The 401K they had may not be quite as cushiony as it once was.  Their plan to sell the home where they raised their families and purchase the retirement home of their dreams may not be in the cards.  This robust group will keep working, stay in their suburban homes until they recover values and remodel or upgrade.  Those who are able to sell and move will choose a mixed-age environment that caters to a more active lifestyle.  The planned urban development will appeal greatly to this age group.  Being able to live, work, and play in the same neighborhood will become part of their plans.

The "younger baby boomer" (age 46-54) - This group is entering their prime earning years, but many factors are hindering their ability to perform.  Certainly the hovering 10% unemployment rate is not the least of these.  Most of this population bought their primary home at the peak of the real estate boom.  They lack the home equity to be able to diversify and purchase an investment property or second home in opposition to the older members of their generation.

The "Generation Y" (the teens and twenty-something's) - The largest generation with a population of about 86 million.   As this group enters the housing market, they seem to be less interested in home ownership than their parents were.  This population may be renters by necessity or by choice for a long time to come.

The "Generation X (Ages 32-44) - Often thought of as the forgotten middle siblings.  This group has faced tough times already.  They came of age during a recession and survived the dotcom bust in 2000.  Numbering somewhere between 40-50 million and moving into their peak earning years during this decade, this age group is more experienced in their field of interest, and have that advantage over the 20 something's kin.  Most of this group is just considering homeownership.   This is a group of survivors as well.

Between the Gen X & Gen Y groups, the largest part of the real estate market will be realized.

So what are the demographics?

According to the profile of home buyers and sellers from NAR for 2009:

31 is the average age of the first time home buyer

47 is the average age of the home seller 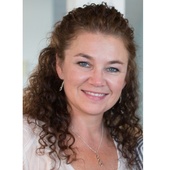