Last week's stock market jitters proved once again that the financial markets are not back to normal by any means.  So what is happening to interest rates?  Well, since we are in a global economy, what you pay per month for your house is affected by the government pensions being paid out in Greece.

The short answer is that when we really are in an economic recovery, mortgage rates will rise; but for the short term, while things are shaky, we have these great low rates, with 30 year mortgages in the 4.75%- 4.875% range.  If someone is on the fence about buying a house; they shouldn't  expect rates to stay low forever.

If you want the long answer to the relationship between Greece and our mortgage rates, see below:

So here is the chain as I see it.  Greece, Spain, Portugal and several other countries pay out way more in government programs than they take in in taxes.  If I tried to spend more than I make, I would have a big credit card balance. Well, that's what Greece has ( except they call them Greek government bonds). Now in the recent past, they were able to get nice low rates, so even though their balance was growing, they could still handle the payments.  The market woke up one day and did the math and figured out that pretty soon Greece is going to run out of money. So now people won't buy Greek bonds unless they get 15% interest.  As the old bonds come due and need to be refinanced, their rates are going up to 15% as well.  If Greece was running out of money at 4%, you can only imagine the calamity that the higher payments are causing.

Now Greece is part of the European currency called the Euro, so a financial collapse of Greece would drag down the economies of Germany, Britain, France etc.  Europeans buy a lot of US Goods, so the possibility of a European recession is keeping US Stocks from growing.

So the question becomes, where does someone ( a person, government, large corporation) invest their money to get a good return, and also keep their money safe?

When the stock market is a little shaky, they often put it into bonds,because bonds have  a guaranteed payout.   People are running away from Greek bonds of course, but running to US Bonds.  One type of bond they are buying is the Mortgage Backed Security (MBS).  The demand for these MBSs is what determines our mortgage rates on a daily basis.

Because, as we all know, lending rules have become very restrictive, so the only people who can get a mortgage these days are well qualified. As a result, the mortgages that make up these new MBSs are seemingly more secure than they were in the past.  If the new restrictions mean that people getting loans today are less likely to default on their payments, then these MBSs by nature are safer.

So you could look at it this way: we as lenders won't lend to you if your household budget looks like the Greek Government budget.

Great financial explanation of what ticks in the market Darel. I would think MBS's are attractive right now.

I better stop my comment on Greece and the bailout RIGHT HERE.

Thank you for the explanation, I was bracing for the interest rates to rise this year. . that may not be the case 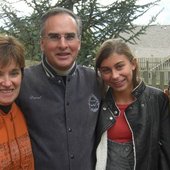