Foreclosures down 2 percent from last year

WASHINGTON - May 13, 2010 - Millions of Americans are still likely to lose their homes in the coming years, but the foreclosure crisis is finally showing signs of subsiding.

The number of households facing foreclosure in April fell 2 percent from a year ago, the first annual decline in five years, RealtyTrac Inc. said Thursday.

As the economy turns around, "you will see an improvement in housing markets and in foreclosure activity," said Rick Sharga, a RealtyTrac senior vice president. "The problem is that there's such a backlog right now."

And in another sign the problem is receding, nine out of the top 10 cities with the highest foreclosure rates posted annual declines.

Good news, hopefully we will all see an improvement in the market.

We invite you back to ActiveRain in 2016!

Surf some blogs, leave some comments. 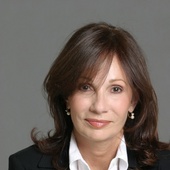