Cary, NC – Three years ago, I inadvertently discovered that video can jump a client to the top of search in a crowded infospace. Now, RISMedia has put a number on the advantage: 53 times more effective than traditional SEO.

“Recent studies have shown that when done correctly, videos with proper tags are up to 53 times more likely to generate a first page Google ranking when compared with traditional SEO techniques. Studies also demonstrate that video is preferred over text by a 6 to 1 margin and is growing online at a rate of 40% a year.”

Everyone should use traditional SEO all the time. It can have great, long-lasting results, especially against niche terms.

Choose a narrow set of keywords and use them in blog posts, headlines, tags and descriptions. Do it on your blog, Flickr, web pages and social media. For WordPress blogs, we recommend All-In-One-SEO-Pack, a very handy plug in.

It works great for narrow terms. In real estate, target a neighborhood instead of the whole town. One of my clients has done this for every single neighborhood in Cary. Another client decided to focus on her own subdivision. In less than a week, we’ve moved up to the top of page one.

But broader targets can be hard to crack. That’s where you have to go beyond traditional SEO.

Cranking Up Page One

Back in 2007, we had a large medical practice in South Carolina as a client. One of their services was non-invasive surgery to fix varicose veins.

This is a very crowded field, with national competitors and local doctors willing to spend big on AdWords every month. In short, we couldn’t crack into page one search results with just some web pages and blog posts.

One day, I brought my video camera (a cheapo miniDV, btw) and recorded one of the docs talking about their magical procedure. I posted the result on my YouTube channel (properly tagged of course).

A few days later, I was searching for terms related to my client’s business. I searched on the term “varicose veins.” Guess who came up at the top of page one? Me!

Quickly, we set up a YouTube channel for the docs and basically transferred the benefit to them. The rest, as they say, is history.

In the intervening three years, a lot of people have jumped on the video bandwagon. The results have not always been pretty.

As an example, let’s look at dentistry. In my town, every dentist has a video. They’re all dreadful. Poorly lit, bad sound and a parade of people uncomfortably mouthing marketing points. “I get great satisfaction helping people have healthy mouths,” says a hygenist in one. Earth-shaking.

Most of these videos get 30-60 views. That’s basically the staff and their relatives.

Late last year, I shot a video for my dentist. He was shaving his head for charity. I used the same cheap video camera, shot the event, and had him narrate it with voiceover.

His video got over 1000 views. In the first two weeks.

Can you do this with your cheap video camera? Probably not. But the cost of high-quality, professional video has crashed over the last few years, mostly due to cheaper editing and better low-cost cameras. So now, experienced filmmakers have the ability to whip off a project in a day without expensive rentals or a large crew.

How To Make A Great Video

This is what I told people in seminars at WordCamp and RebarCamp last year: It’s all about the concept.

A great concept trumps fancy production every time. This has always been true in filmmaking. Still is.

It doesn’t have to be complicated or “highly creative.” Simple is best.

Tell the video producers about your business and let them come up with the concept. It’s their job to propose something that’s interesting and can be done within the time and resources available.

Three years ago, I did my first viral for a Realtor. We were going to include a testimonials page on her web site. I said, “Why don’t we shoot a video instead?”

She gathered three of her best clients and I asked them a few questions about Julie (the Realtor). I intercut their answers, added a little music and kept the whole thing under two minutes.

The result: the average duration of visits to the page almost exactly matched the length of the video. People watched the whole thing. It’s also the second most popular page after the index (home page).

For more info, scan my posts tagged video. If you’re considering a video project, email me.

Picture above: on a shoot for The New York Times in 2004. We’re at the corner of 73rd and Amsterdam in front of the subway station. See the spot on YouTube and you’ll recognize the guy in the beige suit.

Thank you for this information. I had heard that video was great for SEO, but nobody had ever quantified exactly how much more effective it was.

Thanks, guys. Yeah, the "53 times as effective" stat was an eye-opener.

I need to get on the video bandwagon.  I liked your viral video.  Well done.

Hal: Great info about the SEO value of using video on your website. I have started to use video, but I'm still in the learning curve. Practice makes perfect!

Thanks Marcia. Give a call if we can be of help.

Michelle - The key to successful video is using established storytelling techniques. See some of our virals for ideas or get in touch.

WOW Hal, this information is very helpful.  How are you able to help from so far away?  Do you refer the job out to someone local?

Evelyn - Usually, I travel out to direct and hire some locals to crew. Ganging up a couple of videos at once holds down the costs for all when it is possible to arrange.If this is something you'd consider, we should phone-chat. 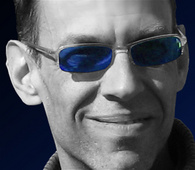 All about Web 2.0 for business.