this is such good information!

Another gem uncovered by Martin Andelman.

The CEO of the rich and powerful Mortgage Bankers Association (MBA), John Courson, went on the record saying that homeowners “should not walk away from lawful debts.”  Then he added: “What about the message they will send to their family and their kids and their friends?”

But wait…  Mr. Courson has a double standard as reported by Martin Andelman on his blog Mandelman Matters.

This past week, the Co-Star Group, Inc., indicated that it had agreed to buy the MBA’s 10-story headquarters building in DC for $41.3 million.  The only problem is that $41.3 million comes up a skosh shy of the $75 million first mortgage on the building that the MBA took out from PNC Financial Group way back in 2007, when they purchased the property for $79 million.

Mandelman went on to say:

Oh, and this just in from my favorite bankruptcy attorney and all-around thought leader, Max Gardner, the MBA also defaulted on their payments and secured a forbearance agreement, prior to the short sale.  Nicely done, Johnny-O.  Maybe you should open a loan mod firm and start helping homeowners.

So…  Message to homeowners: “Just do as big business does.”

I did see this clip and the double standard continues to prevail today.  It seems like we've lost the idea of integrity all the way around. 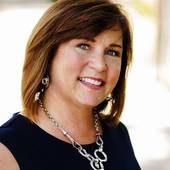