This post in my series of Naperville Pool Neighborhoods features Ashbury;   Ashbury is a subdivision that is nestled at Naperville's southwest side. Established in the late 80s, Ashbury has over 1150 custom homes, built by over 50 builders that offer a wide variety of different architectual styles. Although Ashbury is one of the larger neighborhoods in Naperville, the sense of community still exists and friendships are easily made.

Ashbury is a popular neighborhood because of all it's amenities. Ashbury has a full aquatic center, with a zero-depth pool, sand volleyball, water slide. There are various social events including; book clubs, scrapbooking clubs, kids Christmas parties and Easter egg hunts. Looking for parks? Ashbury has that too - Ashbury Park has two football fields, two baseball diamonds, 1/5th of a mile of bike trails, and four tennis courts.

Ashbury is in a convenient location off of 95th Street, between Naperville/Plainfield Rd and Book Rd. A short distance to Route 59 shopping and dining, and close to highway. The Pace Bus also provides commuter service to the Naperville Metra Station.

Ashbury attracts home-buyers that are looking for an established family-oriented neighborhood. Homes in Ashbury are custom built offering a variety of style and size. The homes are four bedrooms to five bedrooms with approximately 2650-5000 square feet of living space.

Schools for the Ashbury neighborhood are:

About Maria: A Realtor with RE/MAX of Naperville, she's been helping home-buyers and home-sellers since 1997. If you have any questions about Ashbury or would like more information on any pool subdivision in Naperville or the surrounding areas, she can be reached at: mmastrolonardo@gmail.com or (630) 248-6077. 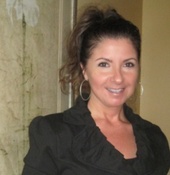