Over 35% of the homes sold nationally in March 2010 were short sales. NAR

Nationally, 30 day mortgage delinquencies are down 6.57%. That's a drop of about 16,630 delinquent loans and, though modest, it is the first decline in the delinquency rate since early 2006. RealtyTrac

Nationally, Foreclosure filings - default notices, scheduled auctions and bank repossessions - were reported on 333,837 properties in April, a 9 percent decrease from the previous month and a 2 percent decrease from April 2009, according to RealtyTrac's monthly update. It was the first year-over-year drop since RealtyTrac started tracking foreclosure filings in January 2006.

Florida's foreclosures fell 18 percent from March and was down 25 percent from April 2009. Despite the improvement, the state still posted the second highest number of foreclosures in the nation, with 48,384 properties receiving a foreclosure filing during the month.

Over 33% of the properties currently listed for sale in the South Shore Area are Short Sales. (Apollo Beach, Gibsonton, Riverview, Ruskin, Sun City and Wimauma Florida).

Over 44% of the properties currently listed for sale in Riverview Florida are Short Sales.

The good news is that Traditional/New home sales continue to outnumber Short Sales and Bank Owned in almost all categories. 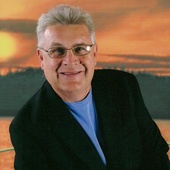