May 15, 2010 - The National Association of Realtors (NAR) Professional Standards Committee convened 5/13/10 during the NAR midyear meetings in Washington, DC and voted unanimously on a proposal to amend the NAR Code of Ethics to include sexual orientation as a protected class. The unanimous vote was followed by joyous applause. As of 5/15, the motion has been approved by NAR's Board of Directors, and will go before NAR's delegate body during their annual meeting this November 2010 in New Orleans for final review. If final review is passed, the change in code will take effect January 1, 2011.

You may view a video of the vote by Professional Standards Committee at
http://www.youtube.com/watch?v=oeFblqnItvg

Jeff, thanks for the mention!  Your video from the NAR Professional Standards meeting is something all Realtors should view.  The passage of this resolution will impact upon the practice of over a million Realtors.  And the resulting Code of Ethics change will protect perhaps tens of millions of real estate consumers from discrimination. 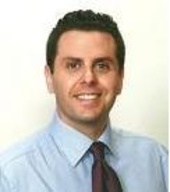