After Memorial Day has passed and all the parades and bar b ques are over, most of us start to look forward to the Fourth of July, when more parades, fireworks and family gatherings are planned and anticipated.

But, almost forgotten is June 14th- FLAG DAY- not a big day for parades and family gatherings, but very important in the history  of the USA.  All of us had learned in elementary school about Betsy Ross and how she sewed the first flag of the newly formed United States of America.  On June 14th 1777 the Continental Congress passed a resolution specifying that the flag carry 13 stripes and 13 stars- the colors would represent hardness and valor (red) purity and innocence (white) and vigilance, perseverance and justice (blue).  Many states celebrated June 14th as Flag Day, but it was not until 1949 when President Harry Truman designated June 14th as National Flag Day.

The Flag represents the United States of America and is worthy of respect- wear and display it proudly, for it is a symbol of the freedoms we enjoy  in this country.

Thanks for the reminder. I will be flying my flag proudly on the 14th of June.

Mary: This definitely is a day we should never forget to fly our flag. 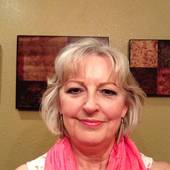