Ms. Elizabeth Riley called me on Mother's Day.  She had been out driving with her son.  He took her out to Riviera Beach in Maryland.  They drove down Chelsea Road and were not surprised when they came across the house at 216.  She saw at first the Holly tree that her dad had planted in front of the house many years ago.  As they drove closed, she knew that it was the house that her father had built in the early 1930's.  Of course Riviera Beach was very different back then.  There were not many houses and it was a "summer" community - a place to go and get away from the heat of the city and enjoy the beach and the river and the Chesapeake Bay.

After talking on the phone for a while, Ms. Riley offered to send me some pictures.  Yesterday a letter came along with a handwritten note.  In her card she thanked me for our chat and added some additional information about the photographs of the "homestead" she had enclosed. You can see in the photograph above, taken circa 1932, the house before the front porch was enclosed with windows. In this photograph the scaffolding is still in place to enclose the front porch with windows.  The wrap-around windows were meant to be left open during the day and night to let the bay breeze blow though.  Sometimes called a "sleeping porch" because on the hottest of summer nights this was really the only place to sleep before central air conditioning. When the homestead was first completed, there was not much around 216 Chelsea Road.  You can see that the next nearest home was probably located on Inlet Drive - one block over and down the street. Written on the back of this photograph is the inscription "1932 - Harry Fleming - Grand-father and Annie Flemming - Grand-mother - side entrance to porch".  Mr. and Mrs. Fleming were Mrs. Riley's grand-parents.  The picture is stamped "Folkermer Photo May 6, 1932 Baltimore" but it's hard to read now. In another picture, Ms. Riley and Moon (her dog) are photographed in the side yard.  This picture, probably at the front right of the house, was likely taken early in the morning because we can see the photographer's shadow and another person off to the right (neither are identified). By 1941 the landscaping in front of the house was maturing.  But Chelsea Road was still a well worn dirt path.  The Holly tree is on the left that Ms. Riley's father had planted years before.  Also there is a Silver Maple in front of the house and some Poplar trees to the right.  The hand-written inscription on the back simply reads "Aug. 1941 Riviera Beach".  You can see Ms. Riley's dad's car on the right.  Ms. Riley said there was a garage out back which is now gone.

And Now For The Rest of the Story!!! This is 216 Chelsea Road today.  The front porch has been enclosed and the interior has been opened up for more room.   The kitchen has been updated and other changes have been made in the many years that followed construction in the early 30's.  In the original floor plan the living room and dining room were on the right - now they are a first floor master bedroom with in-suite bath.  The kitchen was across the back and there was a breakfast room in the back left corner of the house - the master bath on the first floor is where the kitchen once was and the breakfast room is now an expanded kitchen.

Mr. and Mrs. Christopher Wukitch have been the owners of 216 Chelsea Road for the last eight years.  I told Chris and Kate (his wife) about the call I had received from Ms. Riley.  They were fascinated when I showed them the old pictures of the house.  Chris and Kate and their blended family have had many happy summers in Riviera Beach at Chelsea Road just as Ms. Riley did many years ago.  Now its time for the current owners to move on to a new home with more space as their family continues to grow.

Are you or is someone you know interested in continuing a legacy of happy summers in Riviera Beach?  The sellers are represented by Stephen Howell at Coldwell Banker Residential Brokerage. You can reach him at showell@cbmove.com or 410-923-3217 or 410-224-2200.  All this information plus additional photographs are on the web - you can find it by clicking here! 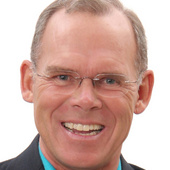