Home sales up; prices off in April

While April sales of existing single-family homes reached some of the highest numbers Montgomery County has seen in more than a year, prices were more indicative of a buyer's market.

Spurred on by the federal government's tax credits that expired April 30, 567 homes sold last month, compared with 406 in April 2009. That represents a healthy increase of 39.7 percent, according to the latest monthly data compiled by the Houston Association of Realtors.

The year-to-date figures were equally encouraging. A total of 1,667 homes were sold the first four months of 2010 - a 15 percent improvement over the 1,449 homes sold during the same period last year.

Closings were strong across the board in Montgomery County. Whether it was the $8,000 "first-time home buyer" tax credit or the $6,500 second-time around incentive, prospective home buyers drove the numbers.

Monthly increases ranged from 28.1 percent in the Lake Conroe/Montgomery area to 90.9 percent in the Conroe/Northwest County area. Although buyers still have until June 1 to close deals with federal incentives, the April deadline spurred many home buyers to forge ahead.

Average sales prices in East County (New Caney/Porter/Splendora) plummeted 24 percent based on the monthly figures, even though sales rose a healthy 38.1 percent on the month-to-month comparisons.

Sellers were unwilling to wait past the April 30 deadline, said Realtor Amy Smythe-Harris, of The Woodlands.

"There's been so many homes on the market, they (sellers) were uncertain what was going to happen," she said. "They saw the offers and either they take, versus waiting to see what happens after the tax situation.

"It could wind up being lower in the next month or two anyway."

Home sales for May are shaping up as a mixed bag, Smythe-Harris said.

Sales in the Conroe/Northeast County area were 84 last month, but have reached only 37 first half of May, she said. After closing 320 deals in April, The Woodlands/Magnolia area has one-third the sales (107) so far this month.

"Some people are nervous about May," Smythe-Harris said.

But the real concerns could occur in June, as pending sales in April and May may keep consumer confidence high.

With the exception of Southeast County - where pending transactions were down 2.9 percent compared with April 2009 figures - pending sales in April were up between 11.9 percent and 37.5 percent.

And pending sales the first half of May appear strong. South County already has 157 pending sales for that month - compared with 225 for all of April. There are 37 pending sales in Northeast County, down from the 61 potential sales in April.

Total dollar sales in The Woodlands Magnolia area skyrocketed in April. The $84.2 million was 35.3 percent greater than the $62.2 million collected in April 2009.

Home sales nearly doubled (from 44 to 84) based on April 2010 and April 2009 sales figures. Like the Southwest area, dollar volume rose $10.3 million, an 88.8 percent increase, but the median and average price comparisons declined 0.1 percent and 1.1 percent, respectively.

One of the lower-performing areas in recent months, the Lake Conroe market bounced back with 114 home sales in April and pending sales were up 37.5 percent compared with April 2009.

Howard Roden can be reached at hroden@hcnonline.com. 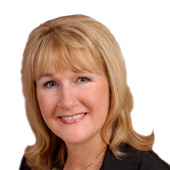