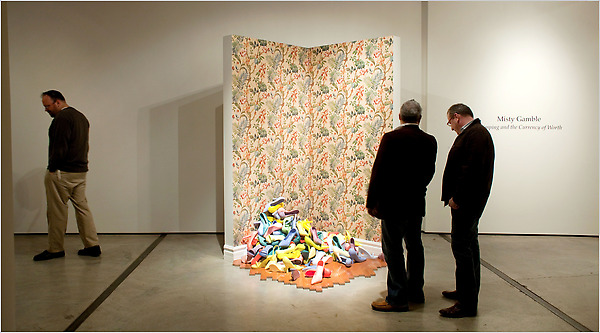 KANSAS CITY is known for its barbecue, bebop and easy-does-it Midwestern charm. But a decade-long effort to revitalize the city's downtown has transformed this former jazz mecca, which straddles the Kansas-Missouri border, back into a culturally rich metropolis. The city's standing will be further bolstered next year when the much-anticipated Kauffman Center for the Performing Arts opens, giving a sleek new home to the symphony, opera and ballet. True, Kansas City is no backwater, but don't expect high polish. In fact, it's the city's unvarnished grit that may be its best asset.Friday

Industrial stagnation and suburban exodus in the 1960s left the Crossroads neighborhood nearly deserted. But thanks to the recent efforts of arts advocates and city tax breaks, the Crossroads Arts District (kccrossroads.org) is now home to some 70 galleries. Two pioneering mainstays are Sherry Leedy Contemporary Art (2004 Baltimore Avenue; 816-221-2626; sherryleedy.com), which specializes in midcareer artists like Jun Kaneko, and the Byron C. Cohen Gallery (2020 Baltimore Avenue, Suite 1N; 816-421-5665; byroncohengallery.com), representing several artists from China, including the photo-artist Huang Yan. If it's the first Friday of the month, many galleries hold open houses until about 9 p.m.

Debates over the best barbecue rouse as much passion here as religion or politics. Some swear by the old guard like Gates Bar-B-Q (gatesbbq.com) and Arthur Bryant's (arthurbryantsbbq.com), both of which have multiple branches. Others cross the state line into the Kansas side, to a relative newcomer, Oklahoma Joe's (3002 West 47th Avenue; 913-782-6858; oklahomajoesbbq.com), which opened a second location in 2005. It serves up pulled pork and beef brisket piled high on white bread, in a sauce that may just be the perfect amalgam of sweet, smoke and vinegar. At a little under $19, a full slab serves two or three people.

If the city's indie music scene hasn't garnered the same hype as those in other Midwestern cities like Minneapolis or Omaha, it's not for lack of guts or artistry. Homegrown bands like Ssion, a gender-bending art-punk music collective that has built a following with over-the-top live shows, cut their teeth in downtown galleries and dives. Hear up-and-comers at the Record Bar (1020 Westport Road; 816-753-5207; therecordbar.com) and the Brick (1727 McGee Street; 816-421-1634; thebrickkcmo.com). One of the newest spots is the Czar Bar (1531 Grand Boulevard; 816-221-2244; czarbar.com); it's owned by John Hulston, who also runs Anodyne Records, which counts the Meat Puppets, the BellRays and Architects among its better-known acts.

Kansas City is said to have more fountains than any other city except Rome. One of the loveliest can be found at Jacob L. Loose Park (51st Street and Wornall Road), a Civil War site, where the Laura Conyers Smith Fountain, made of Italian stone, is encircled by thousands of roses in some 150 varieties. The park is popular with picnicking families and bongo-playing teenagers on furlough from the suburbs.

If last night's barbecue has you yearning for a salad, head to Café Sebastienne, an airy, glass-covered restaurant at the Kemper Museum of Contemporary Art (4420 Warwick Boulevard; 816-753-5784; kemperart.org/cafe). A dish of seasonal greens with cucumber, red onion, grape tomatoes, sheep's milk cheese and grilled pita is $11. After lunch, pop inside for a quick look at the Kemper's small but diverse collection of modern and contemporary works by artists like Dale Chihuly and Louise Bourgeois, whose gigantic iron spider sculpture looms over the front lawn.

In 2007, the Nelson-Atkins Museum of Art (4525 Oak Street; 816-751-1278; nelson-atkins.org) was thrust into the national spotlight when it opened a new wing designed by Steven Holl. The Bloch Building - which holds contemporary art, photography and special exhibitions - consists of five translucent glass blocks that create what Nicolai Ouroussoff, the architecture critic of The New York Times, described as "a work of haunting power." The museum, which is free to the public, also unveiled a suite of American Indian galleries in November. It's an assemblage of about 200 works from more than 68 tribes, considered one of the most important collections of its kind.

Stay in the Crossroads to sample modern Mediterranean-style tapas at Extra Virgin (1900 Main Street; 816-842-2205; extravirginkc.com), the latest restaurant from Kansas City's culinary titan, Michael Smith. The fare is more playful and adventurous than that of his formal restaurant next door. And if the loud, euro-chic décor, replete with a floor-to-ceiling "La Dolce Vita" mural, seems to be trying a little too hard, the crowd of unbuttoned professionals enjoying inspired dishes like crispy pork belly with green romesco and chick pea fries doesn't seem to mind. The menu is diverse, as is the wine list. Single plates range from $3 to $25.

Love it or hate it, the flashy new Kansas City Power and Light District (1100 Walnut Street; 816-842-1045; powerandlightdistrict.com) offers a wide range of bars, restaurants and clubs that can feel like an open-air fraternity party. A smarter alternative can be found in the West Bottoms, an industrial neighborhood that draws a more urbane crowd. The R Bar (1617 Genessee Street; 816-471-1777; rbarkc.com), which opened in September, features live jazz and bluegrass, as well as old-time cocktails like Moscow mules and mint juleps. When midnight strikes, head to the Mutual Musicians Foundation (1823 Highland Avenue; 816-471-5212; thefoundationjamson.org). The legendary haunt opened in 1917 and public jam sessions are held every Saturday until around 6 a.m. For $8, you can catch impromptu sets by some of the city's undiscovered musicians in the same room where Charlie Parker had a cymbal thrown at him in 1937.

As any resident will tell you, Mexican food is a big deal here. One of the most authentic spots is Ortega's Restaurant (2646 Belleview Avenue; 816-531-5415; ortegas.synthasite.com), tucked in the back of a mom-and-pop grocery store in midtown. On Sundays, Ortega's draws a lively mix of churchgoing families and hung-over art students with its $6 huevos rancheros.

Kansas City has great secondhand shopping. Bargains are easy to find, and flea markets have yet to be ransacked by collectors from the coasts. Grab a copy of The Kansas City Star (kansascity.com) or search Craigslist (kansascity.craigslist.org) for current listings of auctions and estate sales. Better yet, take a drive through the sprawl of surrounding suburbs on the lookout for garage sales. Even if you don't find that perfect antique, an afternoon spent chatting with the friendly residents of this changing city will remind you that some things don't need making over.

Continental, Delta and Midwest Airlines fly nonstop from New York City to Kansas City International Airport. According to a recent Web search, round-trip fares start at about $325 for travel this month. A car is recommended for getting around, though to paraphrase an old song, if you have to walk, you'll get there just the same.

The Raphael(325 Ward Parkway; 816-756-3800; raphaelkc.com), a 126-room hotel in a neo-Renaissance manor overlooking the Country Club Plaza, recently finished a major renovation, with black marble bathrooms, flat-screen televisions and two spacious conference rooms. And with standard rooms going for as little as $139, it's one of the city's best bargains.

The 120-room Q Hotel + Spa (560 Westport Road; 816-931-0001; theqhotel.com) opened in 2007 in the historic Westport district and bills itself as the city's first green hotel, offering eco-friendly hand soap, energy-efficient lamps and in-room recycling service (unused paper is given to a school next door). Standard rooms start at $107, if booked 23 days in advance; otherwise $137.

This story was taken from the New York Times. 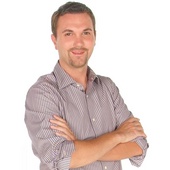