I was reading Bryant Tutas blog http://../../blogsview/165445/American-Home-Mortgage-what so there has been quite a bit of discussion on what happened to AHM and I haven't seen a description here of what actually happened.  So I thought I would try. This is pretty much how Barry Habib described it in his MMG minutes on Friday.

Investor means Wall Street, Lender is the funding source (my relationship with AHM was a wholesale lender so they were funding my loans and paying me the originator).

The way a mortgage lender gets paid is like this.  To keep this easy lets assume we have a client that needs a $100,000 loan.  If we deliver it at a rate of 6.75% the investor (remember wall street) will pay $101,000 for that loan at that rate.  So what that says is that 6.75% is a little better return than the investors were expecting and since they know they will receive payments on that $100,000 at 6.75% for a long enough period of time that the investor will make enough money to pay the $101,000.

This also allows the originator to maybe give that loan to the client without the client having to pay extra fees to compensate the originator.  The originator has to make a profit right?  So in this scenario the originator makes $1,000.  Just to better understand the market typically then that same $100,000 at a 6.625% rate would get $100,500 from the investor, at 6.5% it would be $100,000.

So if we as an originator wanted to actually make a profit we would have to charge the client an origination fee or POINT which is 1% of the loan amount or $1,000.  Now let's say the client wanted an even lower rate say they had a goal of having a 6.25% rate well the investor would only pay the lender $99,000 for that $100,000 loan so the originator would definitely have to have the client pay $1,000 just to have the $100,000 they needed for a loan those are called "Discount Points" and then if the originator needed to make money they would need to charge that origination fee.  So in this situation the client would have paid an additional $2,000 to get that 6.25% rate rather than not having to pay anything extra and get that 6.75% rate.

Well here's what happened last week.  See all the loans outside of the conforming loan market which are loans that are funded by Fannie, Freddie & Ginnie are in trouble.  So loans over $417,000, Option ARMs, Sub Prime, etc. are in trouble.  I am not saying they are all going away they are going through a repricing.

See when an investor decides what type of return they want for a particular investment the return they want largely depends on the risk they deem.  They deem the risk based on historical analysis, so when history changes as it has in the last year or more with the number of foreclosures going up due to the overuse and improper use of these loan programs then the reward they want for risk they are assuming changes.

And to compound matters we have a billion dollars of loans that we haven't sold off on the market and our bank that lent us the billion dollars has given us that money on margin.  Very similar to the stock market.  Let me see if I can put this into laymen's terms.

So that billion dollars of borrowed money ABC has lent out that hasn't been sold to the investors is now getting a margin call that could be another $200 or $300 million or more so now they are talking about losing up to $600 million or more.  They can't afford to do that so they go under.  That is what has happened and been happening over the last 9 months to lenders.

People have asked about CW and other lenders going under.  Well they could.  Maybe their business decision is to eat these losses, maybe they say I know I promised you 6.75%, but now we can't deliver it if you want to close it will be 7.75% (a number arbitrarily chosen).  I don't know enough about those other companies, but the bigger they are the more money they are obligated on so I would think that would increase their risk.

One thing I am concerned with is Fannie's Flex 100 program they allow some ridiculous back end debt ratios if those start to under perform it could get ugly very fast.  For those of you in markets that have values within the FHA realm it is expected that FHA will become a very viable alternative for many loans that may be going away now.  It is also rumored that Congress is contemplating raising the FHA loan limits up closer to the conforming loan limit of $417,000.

I am by no means an expert on this subject, but I do think that Barry Habib is very knowledgeable on this stuff.  I hope this can shed some light on what is going on.

Show All Comments
Jim Bishop
Morgan Stanley - Dublin, OH
Jeff -
You asked the question of bundling loans together and that is exactly where AHM hit the wall.  As I understand it (can not find it in print), Wells Fargo declined buying $2 Billion in packaged loans from AHM.  The created an immediate problem cash problem for AHM to fund new loans (perhaps existing commitments) and broke their back.
They then went to sell themselves to IndyMac (another top 10 lender) but had an injunction filed against them by Wells Fargo for misstating their financial position.  This halted the sale and they started the shut down process.
AHM's was a big buyer of no-doc and low-doc loans which meant that they were open to abuse by brokers who wanted to take advantage of them.  No-Docs are great programs, but if the buyer really should not buy.....
This in not a comment on the original post, just an aside I thought of with Jeff's question.  (Jeff I could put a simple post together on gnma, but I am in a regulated position and not allowed)
Like
Kaye Thomas
Real Estate West - Manhattan Beach, CA
e-PRO, Manhattan Beach CA
Kurt. You did a great job of explaining  how the market works .. I'm going to post a link to this post on my other blog.
Like
Zach Dahl
Ameritime Mortgage Company, LLC. - Charlottesville, VA
Virginia Home Loans

Kurt - Very concise post.  Which is always hard to do when explaining the market.  So what do you think about the Class Action Lawsuit filed against AHM?  Seems like whenever someone big goes down a lawsuit is accompanied with it...

The 'Golden Rule' = The man with the gold makes the rules.

Everyone was running fast and loose with the investor's guidelines and the investor lost their appetite for the loans. Market forces at work......

oh..... and you won't see this explanation on Bloomberg or any other news channel. It is ALL about the evil lenders.

I'll tell you putting things into an easily understandable context can be very challenging in our business.

Great I hope it helps the readers of your blog.

The problem with those lawsuits in this situation is if any money is made it will only be made by the lawyers.

Glad you enjoyed it.

How correct you are.

You are welcome. Glad you enjoyed it.

Like
Freddie Castaneda
Beechwood Realty - San Jacinto, CA
San Jacinto Valley Real Estate
Kurt, great post.  Very informative.  I was always wondering how it worked and why wall street played a big role in the mortgage industry.  I will bookmark this post for future references.
Like
"The Lovely Wife" (Broker Bryantnulls Wife) The One And Only TLW.
President-Tutas Towne Realty, Inc. - Kissimmee, FL

Happy it could help in your understanding.

Like
"The Lovely Wife" (Broker Bryantnulls Wife) The One And Only TLW.
President-Tutas Towne Realty, Inc. - Kissimmee, FL
ROAR :)
Like
Lola Audu
Lola Audu~Audu Real Estate~Grand Rapids, MI Real Estate - Grand Rapids, MI
Audu Real Estate~Grand Rapids, MI ~Welcome Home!
Kurt, this was an excellent analysis and very deserving of a feature.  I have bookmarked it for further reference.  This information is sooooo very much needed.  Thanks for tackling it in a way which was understandable in layman's terms.
Like
Chris Lengquist
Ad Astra Realty - Olathe, KS
Kansas City Real Estate Investing
Kurt - first, welcome to AR.  Second, you need to give me a call.  We can discuss business. I'm very happy with your other blog.  But I found you here so I thought I would write you here.  Seriously, I'll wait for your call.
Like
Anonymous
Your English is Atrocious

Your english and writing skills are appalling. Your prose is nearly impossible to follow. I am just as shocked at all the positive comments in this post.

Thanks now I know.

I'm glad you liked it.

I'll catch up with you today.

Your English is Atrocious,

Mrs. Eitemiller is that you?  I wish I would have paid better attention in your 10th grade English class. Do I have to go to the Principal's office again?

Boy am I lucky this isn't English class and the people here, that, aren't, afraid, to, post, their, names, appreciate the information given and not the manner it is written.  Oops did I incorrectly use commas in that last sentence?  "Sentence, wait that can't be a sentence- not with that that structure mister."

Oh, how dare you try to follow my prose, look here I don't prose for just anyone ya know. :)

Okay Kurt..... I gave it a shot. I left some things out because I didn't want to make it long. I left the true history out. Meaning, when mortgage-backed securities came into play, in the 70's.....  The Explanation of Mortgages : From the beginning of time......    The bottom line is that this can be very hard to explain in such a short article.,...   I should have done a two part, but this can get boring... even for us money geeks... lol   If I left anything out or could make a change, please let me know.  thanks

Like
Bill Gillhespy
16 Sunview Blvd - Fort Myers Beach, FL
Fort Myers Beach Realtor, Fort Myers Beach Agent - Homes & Condos
Kurt,  Thanks for a very detailed explanation of a tough subject.  Keep up the good work.
Like
Allison Stewart
St.Cloud Homes - Saint Cloud, FL
St. Cloud Fl Realtor, Osceola County Real Estate 407-616-9904
What an excellent post!  Being able to translate the mortgage crisis mess into simple language helps everyone get a handle on how it is impacting our various professions.  It will be very interesting to see what happens over the next few months.  Thank you for explaining it.
Like
Anonymous
ping

Barry Habib is is credible and reliable???  When?  After the fact.

CNBC spot from 2/20/07, "Will problems in the Subprime market spill over to the major lenders"

Watch the broadcast and tell me this guy knows what he is talking about.  Listen to his own words.

I bet you he takes the segment down b/c he doesn't want to look like an idiot.  He said NO MAJOR lenders would be hurt by the Subprime problems.  WRONG!!! as usual

He also said there was no housing bubble back in 2006.  http://www.paperdinero.com/BNN.aspx

"Veteran mortgage analyst Barry Habib protests the idea of a housing bubble instead favoring the idea there is only a modest deceleration in appreciation occurring. Additionally, Barry suggests that builders have always offered the incentives that have been widely reported in the news lately."

"But Habib, a student of history, says that only means the bubble is about to burst."

"If you are thinking about selling the stars are aligned perfectly for you. I say this last month was the peak because people always get into homes before school starts and we are seeing some softening right now," Habib said.

The guy told people in 2001 to sell before one of the largest runups in home prices ever.

What a genius!  Real reliable.

I do give him credit, he sure knows how to market himself, in that regard the guy is a MASTER! 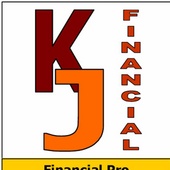