Last week I went to Sydney for the Australian Real Estate Conference (AREC).  The flight is punishing but I love getting home and it was an exciting time.  I quickly realised the masses of people gathering near my hotel as I arrived were not for me but 16 year old lone round the world sailer, Jess Watson as she sailed past the Opera House and under the Sydney Harbour Bridge.  (I still can't believe she did that!)

Sir Bob Geldof was the key speaker at AREC and very entertaining.  Edward De Bono spoke as well but mostly confused an adventure starved real estate crowd.  It would have been a tough gig for the thinking man's thinker.  The next speaker was a guy from Boston called Matthew Ferrara.

Matthew is a Social Media for Real Estate expert.   He spoke about using social media and how we can leverage it to win more business.  I gobbled it up and wrote 20 pages of notes!  (see my interview link with Matthew below)

Whilst preparing for my own event the following Wednesday we ran a live Facebook ad for a Sydney home.  I wanted to display some screen prints to the audience to show how we did it and the results it produced.  I keyed in the details, uploaded the image, set the landing page of the property for sale as the ad link, set the budget to $20 for one day and targeted the Sydney suburbs and age categories I wanted.  Then I clicked ‘Place Order'.  I wasn't ready for what happened next but I was stunned.

In just under 4 minutes our budget was ‘blown'.  There were almost 40,000 page impressions and 20 plus clicks from the ad through to the agent's landing page featuring the property.  The agent later told me that there were over 60 individual visits to the page that day.  The highest previous day was 7!   ...and all from a tiny $20 Facebook ad.

The ramifications of this are industry changing.  Here are the three big WOW factors that hit me like a french bullet train.

1. It means that real estate professionals are no longer beholden to the large and powerful real estate portals for buyer traffic.  We can use a clever FB campaign to get all the traffic we want.  Seriously!

2. It means we will no longer be held ransom by the real estate magazines with their rediculous costs and questionable circulation figures and...

3. It can show potential sellers in our area just how awesome we are at attracting a high volume of buyers to their property.

Naturally, an FB ad does not a sale make but we have never before had this kind of targeted marketing opportunity to promote our homes for sale and our profile.

My friend Danny Wood (no relation) from Oshawa Ontario is something of an FB guru.  In the last 2 years Dan has created enormous traffic to his business using Facebook.   His FB Ad spend is $5.91 a day and his method is very cool.

I found Dan the hard way.  About a year ago I could see how massive Facebook was becoming and wanted to learn the essential basics about running an effective Facebook marketing campaign for real estate professionals.   So I searched online and found someone who knew someone who suggested someone else who said I might want to speak with a young Oshawa real estate agent called Dan Wood.

So one Sunday morning at 8am I send him an email saying hi and telling him I would be keen to learn more about what he was doing with Facebook and Real Estate.  2 minutes later my phone rings and it's Dan.   I give him my pitch and he agrees to let me sit in on one of his morning training sessions with a successful Toronto real estate team.

So I go...  and I'm blown away!  This guy is the Jedi of Facebook for real estate.   He shows us his results for the last month and the woman beside me is staring open mouthed at his power point presentation making groaning noises.  (I'm not kidding)  When he's done, they stand and applaud.

I spend the next 8 months working with Dan and learn everything I can about Facebook and why it works so well for him.  I start experimenting with FB ads and with Dan's help, train some local agents with his system and they start getting results too!

As of this minute, there are 91,302,340 registered Facebook users in Canada and the US aged 25 and up and the number is growing every second.

I'm going to make a prediction; If you're a driven real estate professional always on the lookout to innovate and catch your competitors napping, it won't be long before you are marketing on FB (if you're not already).

And think about this:  When we advertise in the newspaper, we're paying to reach people who don't want or care about our message.  With Facebook we can target very specific demographics like age and area.  We can even target people who have an interest in ‘real estate investments'.   This is real marketing power that you can begin using the second you set it up.

Facebook recently passed Google as the most visited website on the planet and their meteoric trajectory is set to go even further in the next few years.  So if you catch this train as it's leaving the station you'll also catch your competitors napping and connect with the tech savvy Facebook users in your neighbourhood.  They are growing in number every hour.

May the FACE be with you.  Cheers and G'day from Ray

I interviewed Matthew Ferarra after his address and he gave me three Social Media Secrets.  If you're on FB, here is the link to watch.  http://tinyurl.com/36cvxlv

Here's the llink to Friend me on FB: http://www.facebook.com/Bestagents

Hello Ray:  So inspiring to see such a post from someone so close to home.  I grew up on West Park Ave. in Hamilton, just a stone throw from Dundas.  I now live and work in the Greater Toronto area (Thornhill) but my sister now lives in Dundas, runs Bromberg Real Estate and my middle son married a girl from Dundas.  However, I am still a beginner when it comes to Facebook and have never tried advertising on it.  I keep going to social media seminars but always find that I am one step behind. I will check out the links you provide and try to learn more.

Hi Ray - I'll be implementing Facebook ads sometime in the second half of this year. Your 4-minute run in Sydney was impressive, and I'm thinking there must be more than a few of the 90 million Canadian Facebookers who would be interested in a second or vacation home in Las Vegas.

Thanks everybody for your comments.  There is a learning curve to this but it's worth a little pain.  Your key to success with it is great photos (sharp colors where poss) and compelling copy.  The mission is to sell the 'click' not your company or you.  That comes later when there is a relationship building.  Good luck and let me know if I can help.  Feel free to email me at raywood@bestagents.com.au

I subscribed to your blog, like I'm sure a LOT of people will.  I hope you'll continue sharing with us. I've seen the Facebook Ads running and have clicked on more than one or two myself! I just wondered if they "worked" for REALTORS. I think you answered my question with your post!

I think most of us are more inclined to invest our money in something that others have "tested" for us. Thanks for helping!

When I'm on Facebook, I get bombarded by Singles Ads that look quite enticing... LOL!

However they are doing that is quite intriguing and tells me that instead of just spending money on a typical banner ad that gets an "impression' from anybody that just so happens to be on the page... their ads are targeted to be seen by somebody who has something in their profile to generate the ad.

By the way... I'll take that Flight to Australia any day of the week... Well worth it.

I have run a couple of ads on Face Book, with a much lower budget, no return as of yet. Target your demographic  you want to view, age, married, time of day you want the ad to run to better make sure the people you want to see the ad will see it. With that said I've had lots of impressions and very few clicks, the clicks were probably some one who knew my company's logo or my face and wanted to see what it was about. Impressions don't close on Thursdays. I think the ad rate the want for my area is too high right now.

Great Post!  Facebook is a key part of many Social Media Campaigns.  I too have had success with FB ads, however, I find that diversifying my marketing amongst other "Free" Platforms like Twitter, FB, Digg, Mixx and many more, I generate a greater return that brings buyers to the table every day, rather than just reported numbers.  The exposure game is a strange one.

In other words, FB is great, but I wouldn't want to make it my only outlet.

Great post and information, I have been looking at the ad section of FaceBook but just couldn't make myself mix the business with the personal side of FB maybe I need to rethink this. Thanks again.

I have had success with them, but not like that.  Of course the advantage of a Facebook ad is you can really target your audience, which is what I did.

Thank you for the info...I was wondering when I built an ad the other day all the way to the point of having to pay and then chickened out...I am going to give it a whirl and study and learn.

I am new to facebook but do see the potential

I am soaking it up on Active Rain right now...

I've looking into it, as no one else in our area seems to be doing it.  I think it will be a valuable tool.

I'd better get with the facebook program. It's time to try some ads.

It has been part of my plan for about 4 months now and I just have to get around to deciding exactly what I want to go after and try it out.  Thanks for the push, I needed it.

Thanks for this post, I just did a Facebook webinar yesterday and love how we can target who we want and not everyone like you said about the newspaper.  Looking forward to the results from advertising on Facebook.

I have managed to get my fan page to be an IDX portal!

how does it cost 5.91 a day? you pay per click for the exact criteria you are looking for correct. can you elaborate

so did you end up advertising on facebook and are you still?

Yes Monica.  Since I did this post I have designed a Faacebook Business page that is working realy well.  Here's something I have designed for a friend.  Note how visitors have to like the page to get the free book?  He will also creates ads to drive more traffic to his page.  We launched this yesterday. http://facebook.com/mayfieldrealestate 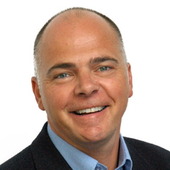