We received this fax a few days ago from our Attorney whom we use for evictions:

After a week or two of rampant rumors, the Sheriff of Cook County, Thomas Dart, has published new rules concerning enforcement of entered Orders for Possession, On July 30. 2007 the Sheriff announced by publication that commencing August 6, 2007, the Sheriff 's office will no longer provide moving crews.

In the event movers are unavailable, plaintiff should at least change the locks on the apartment entrance doors to prevent unauthorized, access. The landlord should then make preparations as quickly as reasonably possible either with the tenant to remove its property or for the landlords' own movers to remove the tenant's property and place it upon the city sidewalk or parkway, off the landlord's property.

Once the Sheriff has removed the occupants and delivered possession to the landlord, the tenant has no legal right to re-enter the premises.  Even though the Sheriff has delivered possession and removed the occupants, the landlord has no legal right to retain and exercise dominion over the tenant's property. The landlord is obligated to allow the tenant, even after possession is delivered, to remove the tenant's property either from the parkway or outside of the apartment.  Since the Sheriff will not be providing moving crews, it will not be necessary for deputies to remain present while the property move-out is accomplished and, therefore, common sense should dictate that evictions will move along faster than they have in recent months however, we will, await further results.

Show All Comments
Rainer
234,503
Diane Rice
Rice Prprty Mgmnt & Rlty, LLC, South Holland, IL - Lansing, IL
SFR, SRES, CNC
When this new procedure goes into effect, it will increase the cost the landlord's expenses in addition to adding concerns left to deal with after the Sheriff leaves.
Aug 07, 2007 12:57 PM
LIKE
#1
Rainer
137,413
Rich Kruse
Gryphon USA, Ltd. - Columbus, OH
It could cut down on tenant BS.  Tell them that you are putting their crap on the curb and the Sheriff isn't going to be there to keep people from stealing it.  Works here.  Too bad Daley won't let you carry a gun.
Aug 07, 2007 01:06 PM
LIKE
#2
Ambassador
3,914,959
George Souto
George Souto NMLS #65149 FHA, CHFA, VA Mortgages - Middletown, CT
Your Connecticut Mortgage Expert
Diane, it sounds like you could furnish a whole house by just following the sheriff from one eviction to another.

RICH!  I hear the "Landlord Man" in ya rising up! Daley is over CHICAGO, not the whole Cook County.  Our rentals are mostly in the South Suburbs where some of the towns are home-ruled.  We CAN legally carry guns if they are registered..... but no need to since were dealing with real pistols! 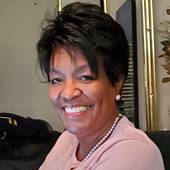