A friend of mine emailed me an interesting article this morning.  It appears that Austin, TX will be the new home for Formula 1's United States Grand Prix.  It is the first time in nearly thirty years that the event will be held in the U.S. at a "purpose-built" track.  The race will be hosted starting in 2011 to 2021.  While the event has been held in many cities across the U.S. over the years, the construction of a new raceway shows huge steps for the racing entity and the city of Austin.

Executives from Formula 1 chose Austin and the state of Texas for a variety of reasons.  The cited Texas as having one of the strongest economies in the world.  It is home to more Fortune 500 companies than any other state.  It hosts 4 of the top 15 largest cities in the U.S. (Austin is #15).  The city itself has maintained a stable economy of the last few years.  Formula 1 also likes the location for access of international fans to visit the raceway. I myself am not the biggest Formula 1 fan, but I certainly plan to check it out next year.  It is an opportunity for attract more visitors to Central Texas, and the construction and operation will create more jobs.  The article did not specify the location of the raceway.  However, with the first race starting next year, I imagine that construction will begin soon (if not already).

Find more information about Formula 1 in Austin, and the many great statistics about the city and the state of Texas!

NOT a huge race fan when it comes to NASCAR but Formula 1?  Now THAT is exciting and THAT is racing!  Pretty cool that's coming to your area!

Leesa - It's a very exciting opportunity for our area.  I am going to continue to monitor this development.  I will definitely be out there when it opens!

With Texas heat 105 - or + per day with no rain, makes school miserable for the kids to return. I hope you have a great week. 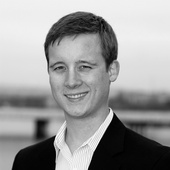