Shards of history remain in Cherokee County to remind of a time out for most county residents.The county is proud of the preservation of several sites dating back to the 19th century. Local historic sites include; The Cherokee County Courthouse,established in 1927,is the only one of its kind-a building faced in blue marble quarried along the Valley River; The robert Lafayette Cooper house,build around 1890,is one of the only full expressions of Queen Anne-style homes in Cherokee County; Harshaw Chapel and Cemetery,created around 1869,was gifted to the Methodist church by early settler Joshua Harshaw and is a part of Murphy First United Methodist Church; The John Franklin Cobb house in Bellview was built around 1861 and is famous for being where baseball Hall of famer Ty Cobb spent summers with his grandparents; The Franklin Pierce cover house in Andrews,built around 1900,was the residence of F.P. Cover and Sons Tannery,a major Andrews industry during the 20th century; The Walker Inn in Andrews,guilt around 1844,was an important wayside inn and stopping place on the road to Franklin; The Firet Baptist Church in Andrews,built from 1900-24,features classical revival architecture. It is now home to the Valleytown Cultural Arts Center and used for recreation,culture and theater. This comes from Peaks & Valleys out of the Cherokee Scout. 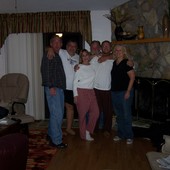