The near-record low mortgage rates seen during the past few weeks may not be around much longer.

The evidence includes more consumers are paying their bills on time. Past-due accounts at American Express declined 34 percent compared to a year ago, and Target Corp. reported its lowest delinquency rate in two years during the second quarter.

In another sign of economic improvement, fewer banks reported tightening lending standards this month, one reason consumer borrowing rose for the second time in three months.

"If lending standards start to stabilize, that'll be another reason to remove the emergency measures, including the zero rate," says Jay Bryson, a senior global economist at Wells Fargo Securities LLC in Charlotte, N.C., who formerly worked at the Fed in Washington. 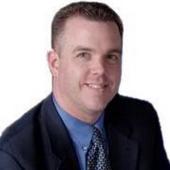 Fill your rental properties in about 17 days. No fees upfront, no cancellation fees. We warrant our placed tenants for up to 9 months!