At the recent Planning Board meeting, there were some interesting discussions. (By the way, you can find the minutes, after they're approved, on the Town of Lincoln's website, at http://www.lincolnnh.org/.) The original scheduled event, regarding the Common Man's intention to build an inn between the restaurant and the entrance to Forest Ridge, was postponed due to some parking issues. But under other business, the board members discussed a proposal put forth by Dennis Ducharme to the Board of Selectmen earlier that week, to create a TIF district.
As Selectman Peter Moore and Town Manager Peter Joseph explained, a TIF district has certain restrictions and certain advantages. It  must be 10% or less of both the land mass and the valuation of the town. District lines can be set up any way within those guidelines, but should include an area where economic development is to occur, and where this development could fund related projects. A value is set once the district has been set up via town meeting, and any additional values created by development would benefit that area. For example, if the value of the area where Mr. Ducharme plans to build the Riverwalk timeshare project is currently valued at $10, as it is just raw land where the mill stood, and increased to a value of $30, the additional $20 would still be taxed at the usual rate, currently $9.11 per thousand. But where the taxes on the original $10 of value must be distributed to town, school, county, etc., the Selectmen could choose to spend some or all of the taxes on the new $20 of value completely in the TIF district. For example, they could spend this on continued improvements to the walking and bicycling path, and the park, that would be located along the banks of the East Branch of the Pemigewasset River. (You can read about much of this planning at the Village Core section of the town website.) Projects such as this would need to be on a list when creating the TIF district, and the district does not remain in effect forever, but rather for a designated period of time in which to complete the desired projects. It seems an interesting idea that could help to additionally beautify Lincoln's downtown area and make it more accessible to pedestrians, bicyclers, and those in wheelchairs, like my brother. What do you think? 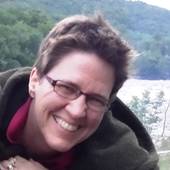