First and foremost, I wish everyone a very safe and enjoyable Memorial Day weekend!  I would also like to just say thank you so much to all of those who have sacrificed so much for our independence and freedom as a nation.  In our ever-changing and increasingly globally dependent political environment, we still find ourselves as the most powerful and great nation the world has ever seen.  This position was not accomplished through appeasement, but through the hard work, ingenuity, and sacrifices of the American people and our great Soldiers, Marines, Seaman, and Airman.

Right now, as I write this blog post, there is a soldier overseas who may be fighting for their very survival.  There is a soldier saving a life, perhaps even an enemy combatants life.  There is a soldier who has looked down after waking up from surgery to find that they no longer have their legs.  This is happening right now.  These brave men and women stand strong and deserve our utmost respect and admiration. So, as we enjoy our weekend of barbeque's, pool parties, beach days, and boating - let us take a moment of silence to remember why we have our freedom and why it is so vitally important that we remain vigilant to the changes occurring in our world.  Having been all over the world, I can honestly say that this is the only place that I would ever want to live.  I am so grateful for my country and am grateful to have had the opportunity to serve in the Armed Forces myself.

Here in Sarasota, we have a statue on our bay front called "Unconditional Surrender".  It commemorates the end of World War II and is a 45 foot statement of the greatness of our country.  Believe it or not, there were many who have tried to fight to get this statue out of Sarasota.  Fortunately, it looks like the patriotic citizens of Sarasota have put enough pressure on the city commissioners to keep it here.  If not for the generosity of city resident, and WWII veteran, Jack Curran and so many other patriots, the statue may have been lost. Mr. Curran has purchased the statue for $500,000 and donated it to the City of Sarasota.

I would implore anuyone who visits, or is considering relocating to Sarasota, to visit this beautiful and patriotic reminder of days past...and of sacrifices made.

Ricardo - an excellent post and reminder of what Memorial Day is supposed to be about. Thanks to the wonderful citizens for saving that statue. It looks like a scene from the cover of Life (or was it Look) magazine celebrating the end of WWII. Thank you for your service. From another veteran and patriot! 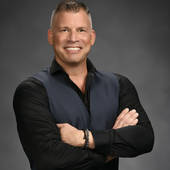