An agent from our office who had his name and phone # on the office reader board called me at 3:00. He had just gotten a phone call from "Jason" who wanted to see a house listed in the Development that my husband and I live and work in. The agent could not show it so I called "Jason" and made an appointment with him and the seller to see the house at 3:30 (time-line is important) So I made flyer's for that house and others in the neighborhood in case they wanted to see others. I arrived at 3:20 and "Jason" I wife pulled up next, I introduced myself, gave a card and flyer and we were talking, when a red van pulled up across the street, a man got out strode over and introduced himself he was an agent with another office and asked if the house was on the MLS, I said 'yes' and he proceeded to follow us up the driveway. Then "Jason" & wife started talking to the other agent, finally I asked if they knew each other. "Yes, you know its very hard to get an Realtor to show property up here" the wife said. "No its not" I replied "Here I am after just speaking to you 15 minutes ago" So come to find out the other agent was there to show them the house (!!) So I asked this agent if he had his Supra Key he said yes, I told him, to show the house and call me later. Fuming I mean very angry!!! But also really confused I drove 5 houses home. Went to an Open House with two fellow Realtors and shared my story, walked home and waited till "Jason" wife & agent left the house.

About 15 minutes later the agent called me and told me the clients did not like the house and began telling me why, like I was the Listing Agent, I told him I was not the Listing Agent, totally different offices, my card was certainly not from an agent from the Company who has the house listed>>>>>????? He apologized, "I did not even notice".  So it appears that he was having a open house close by, "Jason" & Wife stopped in and asked if the agent would show them that particular house!! When? I cannot fathom when in the 1/2 hour between when I called and set up the appointment to show the house, the 2 phone calls to "Jason" where and when they found the other agent, before? or after speaking with me? If this does not prove that we as Realtors always need to ask the right questions, explain the facts of life to potential buyers and know as many answers and be prepared then I do not know what does. I called the seller with whom I had set up an appointment with (he is also a neighbor) to let him know that when he did not see my card in his house, he needed to know what happened, so I made it very short and sweet, but wanted him to know since I ALWAYS leave a card. Glad I did call the seller, the other agent forgot to leave a card. Whew!!!! so yesterday I had a walk-in at the office a young man looking for some friends, who by the way already have a Realtor, I was nice, even gave him 6  listings to look at....AFTER I politely told him about representation and agency He actually apoligized and said he did not know...well folks, now he does! Our job is teacher too!

You are right, but I was totally blown away.   Yes, I also was really, really, angry.  The other agent was totally unprepared and blew it with "Jason" whom I think was just bored and out shopping. 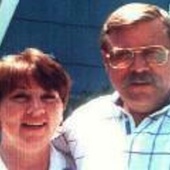