Just south of Melbourne, Palm Bay is Brevard County’s most populated city.  Extending from the Indian River to west of Interstate 95, this city spans 65 square miles of land.  It’s the sixth largest city in the state of Florida.  It’s home to one of Brevard’s largest employers, Harris Corporation, a technology related company.

Approximately 38 square miles in size, this city is home to Brevard County’s only international airport; Melbourne International Airport, which features six airlines including Delta and services over half a million travelers each year.

This historic island city’s original economy was based on cattle, fruit, and sugar cane and has developed into one of Brevard’s wealthiest local economies.  It’s home to the 140,000 acre Merritt Island National Wildlife Refuge which borders Kennedy Space Center.

One of Brevard’s oldest cities, incorporated in 1867, it’s the home residence of many of NASA’s employees and contractors.  This city is very rich in history and features the championship golf course Royal Oak Resort and Golf Club.  It was designed by Dick Wilson, the architect of famous courses Doral and Bay Hill.

The two adjoining communities are the newest in Brevard County.  It is the fastest growing area in Brevard and is predicted to double in population by 2015.  It is already well known for its recreational retreats such as golf courses and nature preserves.  It’s home to Space Coast Stadium which is the spring training home to the Washington Nationals and home field for the local Brevard Manatees baseball teams.

No community in Brevard County is older than the city of Rockledge.  This city is about ten square miles in size and is located just south of Cocoa.  It’s primarily a residential community but does host a few light industrial businesses.  Old original homes of its first settlers still stand today.

This central community is bordered by the Indian River to the east.  With an average resident age of 37, it is the youngest area in Brevard County.   Places of interest in this city are the Brevard Museum of History and Natural Science, Brevard Community College’s main campus and the Cocoa Expo, a multi-sport complex.

One of Brevard’s newest cities, it is where you will find the county’s largest indoor mall, the Melbourne Square Mall.  It has many new homes and sub-divisions being built and planned and expects major population increases over the next decade.  Home buyers have a major incentive to purchase a home and live here because the city has no property taxes.  It has a local 18-hole municipal golf course, a couple of local parks, and a 52 acre wildlife preserve.

The city is located on a barrier island between the ocean and the Banana River Lagoon.  The six miles of accessible beachfront are famously known in Florida.  The city has ownership of and operation rights to the Cocoa Beach Country Club which features a 27-hole golf course by the river. It is also home to the famous Cocoa Beach Pier, Surfside Playhouse, and the world-famous Ron Jon Surf Shop.

This unincorporated area is a part of the city of Cocoa but maintains its own identity.  It’s known for Fay Lake Wilderness Park, a 192 acre site with access to a 27 acre fishing lake.  It’s a growing community that has the convenience of the city and the quiet of a rural town.

A relatively new city in Brevard, this city’s development has been greatly urged by its close proximity to Patrick Air Force Base and the development of the space program.  Many military families live here.  It has a generally upscale residency and is home to Brevard’s most prestigious community, Tortoise Island, where many half-million to multimillion dollar homes are built.

This city was tailor made for the fishing enthusiast.  Located near the southern most boundary of Brevard County, it hosts three marinas.  It’s located on the very popular Sebastian Inlet where many fishermen go to find an abundance of sport fish like Redfish, Snook, and Tarpon.

A small rural community, Mims is just five miles from Titusville.  It is surrounded by 100,000 acres of citrus groves which help the local job market as many residents of this community work in the local citrus packing plants and some at the industrial steel plants.  It’s a quaint community that sees little to no tourism.

This tiny city has a land area of just 1.9 miles.  It’s surrounded by the ocean, Banana River and just north of Cocoa Beach.  North of the Cape is Port Canaveral, the only deep water port from Ft. Lauderdale to Jacksonville.  It was the busiest cruise port in the western hemisphere of the world in the year 2000 and continues to thrive with cruise liners like Disney, Carnival, and Royal Caribbean making routine visits.  This little city is the closest to Kennedy Space Center in Brevard County.

Mostly consisting of retirees and senior citizens, it’s located right next to Sebastian Inlet where some of the best saltwater fishing on the Space Coast can be found.

This community is located between Satellite Beach and Indialantic.  Its citizens enjoy one of the lowest tax rates in the county.  It’s most popular attraction is a 27 acre park called W. Lansing Gleason Park.

The northern-most area of the Space Coast, Scottsmoor is one of Brevard’s hidden gems.  It stands as the origin of the Indian River and has little economic resources outside of the citrus industry.

This community is the oldest beach community in Brevard County and is located on the southern most point of Brevard’s beachside.  With around 3,500 residents, it has nearly reached its potential capacity which is estimated at 4,000 so little population growth happens here.  Don’t be fooled by its size though, it boasts one of the highest median incomes in the county.

Its name means “between the Indian River and Atlantic” and is well known for lots of boating and fishing.  It is also known for hosting a number of endangered species and was declared a bird sanctuary by a town council proclamation.  Many tourists flock here during sea-turtle mating season to watch the young sea-turtles hatch and make their way into the ocean from the beach sand.

Close to city convenience but far enough away to be considered a truly rural area; Malabar is located in the southern portion of Brevard County.  It is most widely known for its 345 acre nature preserve developed by Brevard County’s Environmentally Endangered Land Program.

This base is home to many active military and mostly civilians that work jobs for the armed services.  It houses the Eastern Space Range and the United States Air Force 45th Space Wing.  Most residents live in barracks or military issued housing.  The community is self-sustained with shops, schools, and entertainment.

This is a relatively undiscovered area of Brevard County located between Rockledge and Melbourne.  It is fast growing as just 15 years ago it had a population of just 200.  New developments are making it more desirable for living and new roads are giving its residents easy access to major roads. 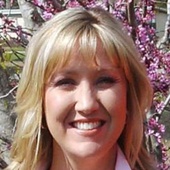