While there will be questions to why the Township was set up with 2 sections, who really knows but when everyone takes into consideration that our Town supports eachother no matter what area you live in, what street you live on and how long you've lived here. The overwhelming support when devasting floods hit our area recently you saw town residents coming out serving breakfast, lunch & dinners for almost 2 weeks after the flooding.

I did volunteer to deliver some lunches, growing up on Roosevelt St. brought back some wonderful memories for me so I felt it was something I needed to do, help out those who are dealing with a horrific situation.

We stopped at one home on Madison St. I actually sold them their home back a few years ago. They open the door, the wife saw me and burst into tears, it was so overwhelming to her, they had just finished ripping out the last floor board in the living room and was waiting on the delivery of the kitchen cabinets. They were so happy that PBJ Sandwiches showed up since her 2 sons hadn't had lunch yet and they were sidetracked with doing all the work that didn't realize it was well past lunchtime.

The commitment of voluteers of fire fighters, first aid squad members and just good people make this town what it is...ONE TOWN!

I'm proud to tell people I grew up "down by the river", our childhood was fabulous and I wouldn't change of thing. Years ago there wasn't every inch of land built on as it is now,

from our town website: (which will be corrected as per our Mayor).

The Township is a political subdivision of the State of New Jersey and encompasses two communities, Pequannock and Pompton Plains, each served by their own post office. The Township is primarily residential with a population of 14,506 residents. It covers a land area of just under 7 square miles.

Recorded history of the Township dates to 1695 when the area was originally settled. The Township of Pequannock was incorporated in 1740, making it older than our nation itself. Community growth was greatest during the 1950's during which time the population more than doubled. During the early 1990's a Planned Residential Development known as "The Glens" was constructed adding 583 town houses, coach homes and condominium apartments to the housing stock of the Township. Within the past ten years, Cedar Crest, a 1,500 unit Continuing Care Retirement Community
has also contributed to our recent population. The residents of this facility have become an active and integral part of Pequannock Township.

Thanks!  I thought it was appropriate since the Mayor said they were going to fix the town website...no changes yet though...but you know me...I'll keep an eye on it.

Awesome post, Col!  Thanks for clearing that up.   LOL 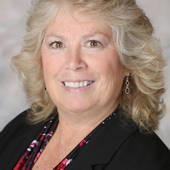