Despite bouncing off their lows for May, mortgage rates remain below 5% with the benchmark thirty-year, fixed-rate coming in at 4.875% with no points and the fifteen-year, fixed-rate right at 4.25% with no points. A steep drop in the yield on the ten year Treasury note over the past several weeks has lead to some of the lowest rates of the past twelve months just in time for the summer buying season. Ongoing volatility in the equity markets combined with uncertainty over European sovereign debt has brought a level of fear back into the markets which have benefited US Treasury debt prices thus driving rates lower since a bond’s yield moves inversely to its price. Government rates are also very attractive with most thirty-year fixed on VA and FHA sitting around 4.75% and jumbos are still under 6.00% at around 5.875%.

There is some important news on the government lending front. First, Rural Development is finally back up and running after a two week hiatus that left many loans in limbo. RD is once again willing to issue “conditional commitments” subject to eventual Congressional funding but the secondary market investors are willing to purchase loans with the conditional commitments so we have no issue in closing them. The new RD guarantee fee has been raised from 2.041% to a rate not to exceed 3.5%. FHA also implements a new guideline this month that could have a real impact on FHA borrowers. After raising the up-front MIP from 1.75% to 2.25% in April, HUD has now restricted seller paid closing costs and pre-paids to just 3% of the sales price – down from 6% before. This means that, in addition to 3.5% minimum down payment contribution, it is very likely the borrower will no be paying additional cash at closing to cover the seller-paid shortfall.

Lastly, although the funding for the National Flood Insurance Program expired again on May 31st, we are still able to close loans in a flood zone if we can show that the borrower has applied for flood insurance with their insurance provider and provide a one-year paid receipt for the coverage. This should mean business as usual with no disruption to closings on properties in a flood zone. 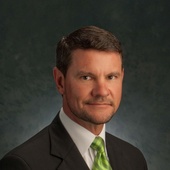