outside the U.S. for at least 90 days between

year to qualify for the $8,000 first-time home-buyer

credit or the $6,500 credit for current homeowners.

Normally, if homeowners don't live in the new house

for at least three years, they have to repay the tax

credit. But there's an exception for members of the

military who have to relocate because of government

Military families also get a special break when they

sell their homes. Most homeowners need to live in a

years in order to qualify if they are on qualified

miles from home or in government quarters.

Richard, Thanks for the Info & Refresher  :)

Richard, agents need to remember this.  We are currently working with one military family getting ready to come home. 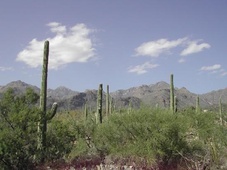