This is unbelievable. And this is why so many potential clients don't know who to trust. Whether information is omitted or forgotten, it is still dishonest!

Yesterday, while preparing a CMA (comparable market analysis) for a client's property, I came across something that got my blood boiling.  What do you think??  Does the following constitute an unscrupulous listing practice?

In July 2008, I showed a house that had been on the market for 184 days.  The house was only 4 years old, beautifully decorated and well-maintained.  It showed very well but wasn't exactly what my client was looking for.  That evening, I responded to an automatic showing feedback request explaining that the property was not right for my client and gave their reaction to the home.  I always give feedback to the listing agent so he can discuss that with his seller.  Since this property had already been on the market 184 days, I was sure the seller would want feedback.

Several days later, I got a call directly from the seller.  I had left my business card on her countertop at the showing.  She asked me if I could give her some feedback from my clients.  I explained that I had sent feedback to her listing agent and that she should speak directly with him.  She then said, "My listing agent never gives me any feedback.  My house has been on the market almost 190 days and I don't know why it's not selling."  I gladly explained why my client had passed on the property but then she started to ask questions about the current state of the market and my thoughts as to why her house hadn't sold.

I explained that as long as she was listed with another agent, she would need to speak with him.  She said that she had never even met him.  He had a large team and she only spoke with agents on his team. She never got the same agent twice.  She always had to call them after showings because they never called her.  I, once again, instructed her that she would have to speak directly to her listing agent. As long as she was under contract with someone else, I was unable to help her.  I did say, however, that if she decided not to re-list with her agent, I would be happy to speak with her.

I decided to put her on my auto-notification list so I would be alerted when her listing expired.  About 45 days later, the listing expired and I proceeded to contact her.  She didn't even know that the listing had expired.  She then advised me that she would call me back when she investigated further.

A little while later, she called and said that she had re-listed with the same agent.  She explained that when she originally signed her listing agreement in February 2008, she also signed a document giving her listing agent permission to re-list her property automatically.  They just hadn't gotten around to re-listing it in the MLS.

I couldn't believe what she was telling me.  I had never heard of such a thing.  Why would any seller agree to these terms?  It doesn't benefit the seller at all.  The only person who benefits from such an agreement is the listing agent.  I was shocked.

As I watched expireds appear week after week, I would see this same agent's name again and again.  All of his listings had been on the market for many, many days.  I placed several calls to these expired listings.  The response was always the same.  They felt if any agent could sell their house, he could.  Besides, they didn't want to get into a confrontation by calling the listing agent and cancelling their agreement.

I didn't understand what these people were thinking.  It appeared to me that he was putting a sign in the yard and walking away.  He didn't even have to call them again to re-list their home.  He did it automatically.

I can't believe that this woman remained loyal to an agent that failed to produce a buyer for over 2 years.  The seller's ability to negotiate price and terms ceased to exist a long time ago.

Between 5/29/09 to 5/28/10, this agent closed 150 listings (remember he has a large team).  These 150 listings had been on the market with this agent a total of 21,946 days and had re-listed with him 403 times.  That means that each property was on the market an average of 146 days and had re-listed an average of 3 times.  These numbers don't even include the expired and withdrawn listings that had smartened up and moved on to another agent.

Remember, in this case, the agent re-listed his client's homes several times.  Why would he do this?  Because then he could say that his average days on the market were lower than the actual number of days he had these properties listed.  When interviewing agents, question them as to how many times they re-list their properties to reflect those numbers.  And never, ever agree to sign a document giving your agent the authority to re-list your property automatically prior to the expiration date of your contract.  Make that agent work for the listing or find an agent who will.

Is this an unscrupulous listing practice? You be the judge.

Serving the Franklin, Brentwood, Nolensville, Spring Hill, Thompsons Station, College Grove, Leipers Fork and greater Nashville area.  All information is believed to be accurate but is not warranted.

The moral of this story is to read every line of every contract. This is sometimes a painful process but it is so necessary to know what it is you are signing!

Hi Monica~  I have heard of agents doing this.  It doesn't seem right, but apparently it happens all of the time.  I can't imagine a seller going along with it, but sometimes they may not know any better!  That is just too bad!

You're so right! I agree everyone should be certain to read completely each & every contract/ document before proceeding.

But I believe in instructing my clients to every step to fully understand, whether they need to consult an attorney, each document throughout the process.

In explaining and doing everything I can to get a deal/ listing, etc., I must always put the clients' best interest before mine. I found myself in that very predicament this weekend. We all benefitted!

TOTOH, this post focuses solely on one aspect of the listing that didn't sell.

There may be several other reasons, none of which the seller is disclosing to the writer.

I also market to expired listings. When I look at their listing history (I always do), It's not unusual to see the same agent re-listed for 3 or 4 expireds, often totaling more than 12 months. During the declining market most of the sellers lost several thousands of dollars during the time period. My take on it; you can't save people from themselves.

Monica, I appreciate the re-blog.  I know that this may look like an exaggeration.  But I found this to be true of many of this particular agent's listings.

Too often that has been oh so true, Jon. That's why I'm not disputing anyone's commentary.

We know, we try to do what's best for the client, but they can be their own worst enemy, for sure.+ 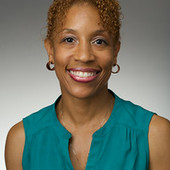 over 8 years ago
bookmark_borderbookmark
READ THIS Before Your Next Price Reduction Recomme...
View more Recent Posts   arrow_forwards